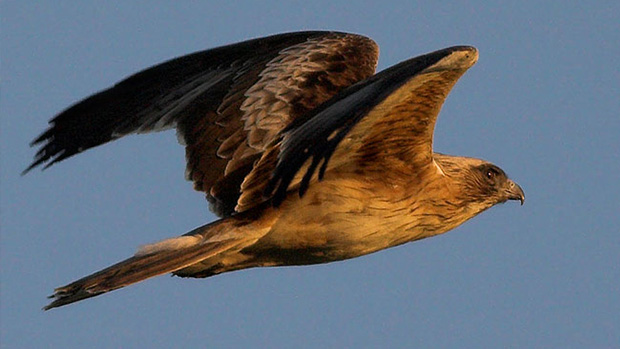 CSIRO is keen to continue to work with government, conservation groups and raptor experts to share knowledge and build greater scientific understanding and protection of the Little Eagle.

The Little Eagle, which is native to Australia and tends to inhabit open woodland, grassland and arid regions, is listed as a vulnerable species in the ACT, NSW and Victoria.

The first sighting of a Little Eagle flying over the northern part of the Ginninderra property occurred in December 2013.

As part of the proposed future sustainable urban development at Ginninderra, CSIRO is committed to the highest standard of environmental management extending well beyond legislative requirements for protecting threatened species and ecosystems.

During ecological field surveys over the spring-summer 2014, a successful breeding event for the Little Eagle was recorded. The nesting site was located in a mature scribbly gum, in a patch of woodland dominated by this species. As a result of this finding, CSIRO sought additional specialist ornithological advice to identify management recommendations that would help to ensure viability of the breeding habitat within the nesting site and surrounding foraging areas of open woodland.

The following recommendations were implemented: 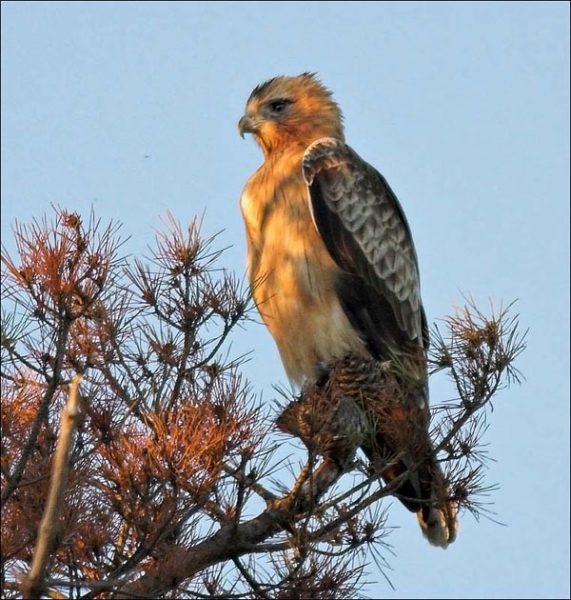 Drawing on experiences from other urban developments, CSIRO sought further advice as to what additional information was required about the pair and their requirements during the critical breeding season. This revealed it is important to determine if the nest is used regularly, or at least during the next breeding season. It is also critical to understand the extent of the foraging area during the breeding season that is required to maintain the nesting pair.

Researchers will require regular access to the site for monitoring, and regular liaison and information sharing should occur between the CSIRO, raptor experts and ACT Government Conservation Planning and Research (CPR) Group.

These recommendations were implemented and CSIRO’s project team engaged with the ACTCPR Group and raptor experts to further research the Little Eagle to determine its movements in relation to the site.

In consultation with ACT CPR Group, the CSIRO purchased two specialist satellite tracking devices from the USA with the objective of capturing the Little Eagle pair, in accordance with ethics requirements, and tracking their foraging range through GPS readings.

While the Little Eagle can return to the same nesting location in subsequent years, they often utilise a range of nesting locations within their home range in different years.

As the Little Eagle pair was not found at the Ginninderra nest site in 2015, the tracking devices were not able to be deployed.

In 2015, the ACT Government successfully captured and tracked a male Little Eagle from a nesting event in Strathnairn (West Belconnen), one of only two recorded nesting events in the ACT in 2015 (the other being at Campbell Park). CSIRO is working with the West Belconnen project to ensure a consistent approach to the active conservation management of this species.

CSIRO is also keen to continue to work closely with the ACT CPR Group and raptor experts in regard to the Little Eagle.

While the breeding pair has not been recorded at the nesting site since 2014, CSIRO is committed to providing best-practice management of identified Little Eagle habitat. This includes establishing buffer zones around the nesting site to protect and manage Little Eagle foraging habitat. Overall CSIRO has identified 19 % of the property for legislative protection of endangered species and a further 12% for additional protection and buffer zones.

As with the West Belconnen development an exclusion area will be established around the nesting site, with no development to occur in this part of the property until research on foraging habitat is completed and taken into account.

3 responses to “Protecting the Little Eagle”