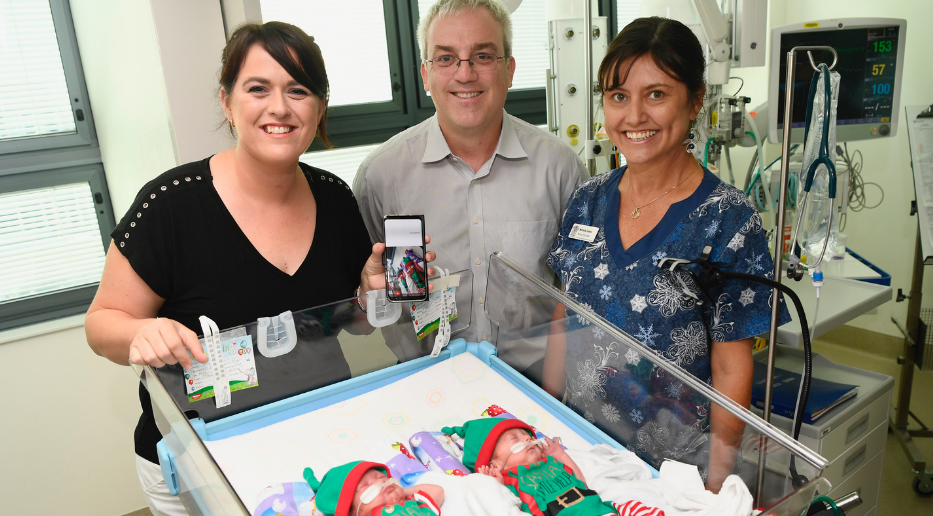 A mobile phone App is brightening Christmas for some parents of pre-term babies – one solution among a wave of digital technologies that are set to revolutionise Australian healthcare.

Being separated from prematurely born babies is a heartache for many parents, and one that is perhaps even more strongly felt at Christmas. Thankfully some parents are finding some joy amidst this challenging situation, thanks to a new a live-streaming video app developed by telemedicine researchers at CSIRO.

The new mobile phone app allows parents to securely log in and watch live video of their babies from wherever they are. The technology is being trialled inside the neonatal intensive care unit (NICU) at Townsville Hospital as part of a collaboration with the Hospital, Health Service specialists, nurse educators, James Cook University and CSIRO’s Australian e-Health Research Centre.

Pre-term twins Zachary and Sebastian have spent the first weeks of their lives being cared for in this Unit. Their mother, Samantha Hayden has been trialling the app and said she loves being able to see her boys whenever she wants. 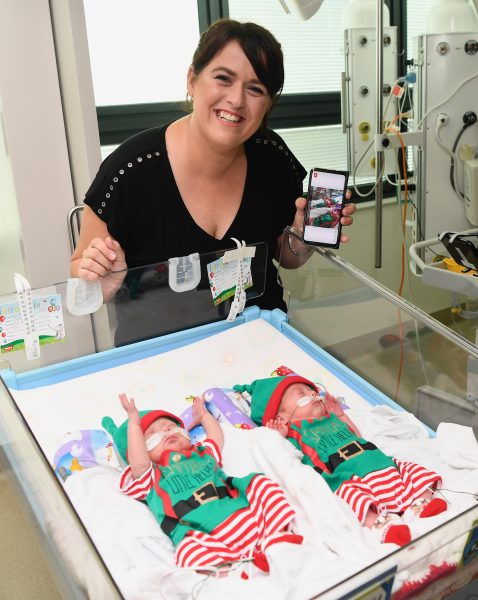 Samantha Hayden with Zachary and Sebastian.

“If I get up in the middle of the night, I can turn on my phone and see my boys wriggling and moving,” Ms Hayden said. “I’m immediately reassured.”

CSIRO’s Australian e-Health Research Centre CEO Dr David Hansen said the technology aimed to help parents faced with the difficult reality of having to leave their babies in hospital.

“This affordable solution has been engineered with privacy and security features and uses mobile phones– which makes the technology widely accessible,” David said.

This solution was one of a wave of digital health technologies being developed to revolutionise healthcare in Australia, according to David.

“While all Australians will benefit from digital health technologies, their ability to provide equity of access to health services for rural and remote Australia will be profound.”

Townsville Hospital’s neonatal specialist Dr Yoga Kandasamy said of the 900 babies treated annually in the NICU, about a third were from regional and remote parts of north and north-west Queensland.

“These babies are often with us for many months,” Dr Kandasamy said.

More than 35 parents have used the app to stay connected with their babies while in care since the trial started at the Townsville Hospital in early 2018. The Hospital will be analysing trial data to explore whether the technology helped with parent-infant attachment and helped reduce parents’ concerns.

Once the trial is complete, CSIRO is hoping to make the technology widely available. Read more about CSIRO’s work in Digital technologies for health.