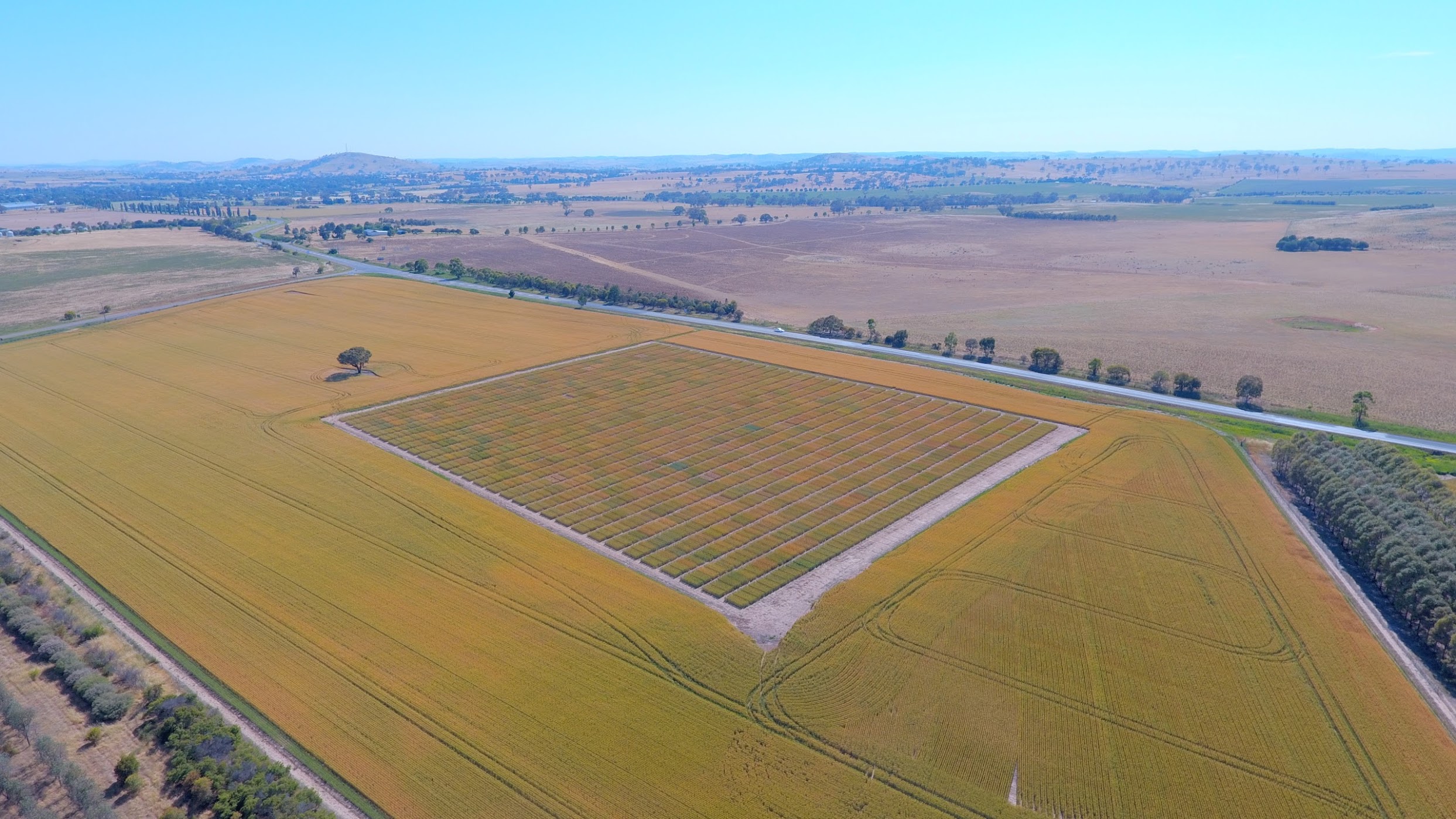 A suite of digital technologies will help CSIRO drive the future of agriculture at its state-of-the-art Boorowa research station, officially opened in November.

Farmers, scientists, agronomists and the Boorowa community came together to celebrate the launch of Boorowa Agriculture Research Station, with an official opening ceremony, site tours, barbecue and activities for children, on November 9.

While we can marvel at some of the tech now available, this is also an opportunity to reflect on how far we’ve come. As Australia’s national science agency, CSIRO has been leading the way in agricultural research in the national capital region for almost 100 years.

Our first agricultural research site in Canberra was a 40-hectare site at Duntroon Farm which was leased in 1926 to study the nutrient value of different stock feeds. This site became Canberra Airport in the 1930s.

It was at Ginninderra that we field-tested a range of high yielding and disease resistant wheat varieties such as Lawson, Paterson, Gordon, Tennant, Brennan and Dennis. We also refined our high-fibre BARLEYmax and ultra-low gluten Kebari® barley, among many other research breakthroughs and discoveries.

Now the mantle is being passed to Boorowa.

“With this new state-of-the-art facility, it’s exciting to imagine what we can achieve,” said Director of CSIRO Agriculture and Food, Dr Michiel van Lookeren Campagne.

“Our agriculture industries are facing major challenges, especially with the current drought,” he said. “It’s more important than ever to advance innovative science to build resilient agriculture systems and increase food production.”

At the Boorowa farm, CSIRO will be trialling new varieties of wheat, canola, legumes and pastures that can withstand warmer and drier conditions, such as those predicted for the future.

“We’ll also continue to research the best farming practices to manage our fragile soils and get the most from every drop of water.”

“The better we can understand how plants grow and produce in a real farming environment – not just the lab – the more we can help Australian agriculture meet its $100 billion target.”

The Boorowa research station is an $11.5 million infrastructure investment the future of Australian farming. It took four years to design and build and was developed with support from the Grains Research and Development Corporation and the Science and Industry Endowment Fund . 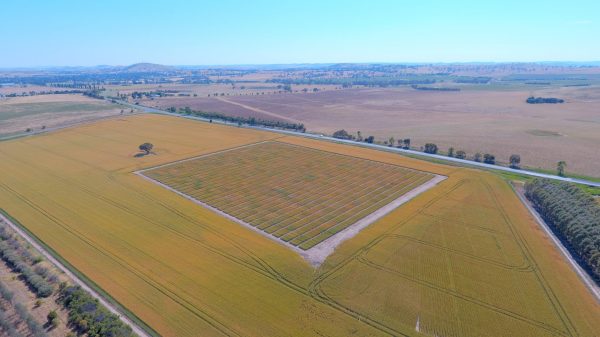 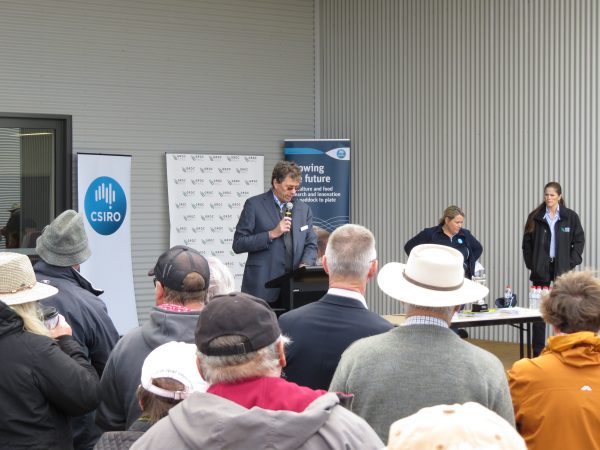 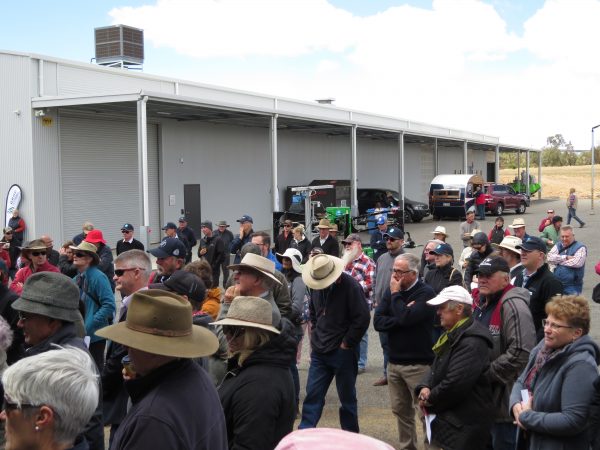 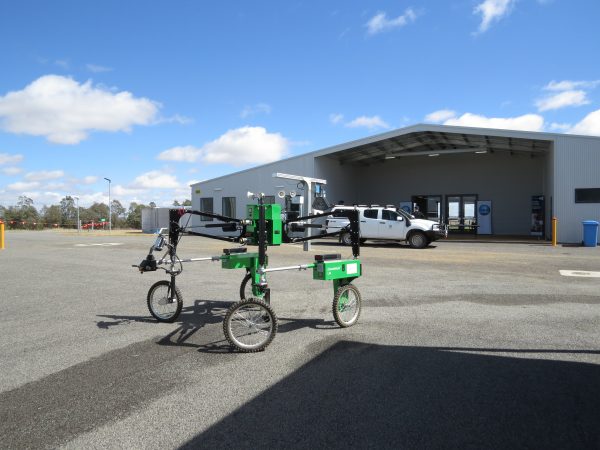 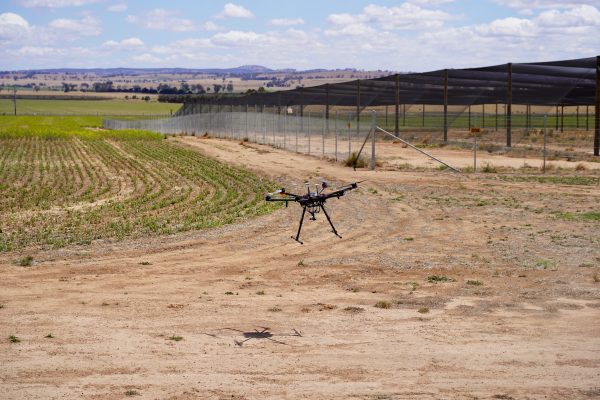 Drone in flight at Boorowa.