Bringing back the birds

The community planting days are a chance to be part of the effort to entice native woodland birds back to our peri-urban landscape.

There’s something unique and comforting about waking up to the songs of native birds in the Australian bush. In cities like Canberra (the bush capital) where trees and plants abound, residents can still experience native birds in their gardens, and in the city’s parks and reserves.

Birds attract a great following from humankind that is expressed in many different ways. The wide appeal of our ‘feathered friends’ is highlighted by acclaimed naturalist David Attenborough who said: “Everyone likes birds. What wild creature is more accessible to our eyes and ears, as close to us and everyone in the world, as universal as a bird?”

Over the past 200 years, the clearing of land and vegetation for agriculture and city developments, has seen many species decline or retreat to areas where their essential habitat remains.

Many of the birds of the Box Gum Grassy Woodlands and Derived Native Grasslands have undergone significant ‘declines or retreats’ with the disappearance of large areas of their habitat from the landscapes of the ACT, Victoria, NSW and southern QLD.

One aim of the revegetation work at CSIRO Ginninderra, starting with the community planting days in May, is to ‘bring back birds’ to the near urban landscape, according to CSIRO ecologist and woodland expert, Jacqui Stol.

“Even in the bush capital we have a job in front of us to restore the quality of our woodland ecosystems so that we see more of the native birds and other living things thriving in the landscape,” Jacqui says.

“The various layers of vegetation in the woodlands provide unique opportunities for native birds, insects, possums, gliders and reptiles to live, forage, nest and take refuge. These layers include the overstorey, shrub layer and ground layer.” 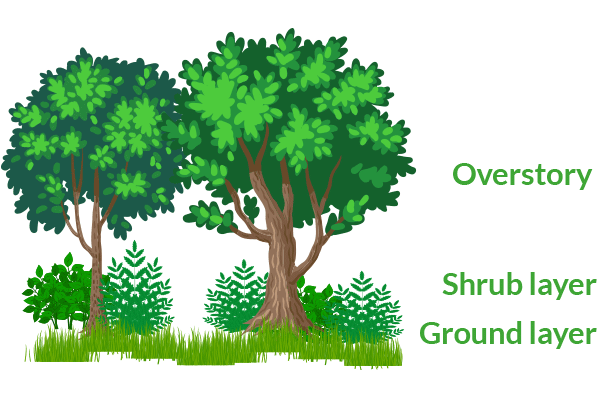 “A Box-Gum Grassy Woodland in excellent condition includes an overstorey of trees, with a patchy shrub layer and a diverse grassy ground-layer, supporting a variety of fauna and ecological processes.”

Restoring a patchy shrub layer in the woodlands is a key strategy for enhancing the habitat preferred by a range of woodland species that we would like to see back in the landscape, for example:  Jacky Winter, Flame Robin, Willie Wagtail, Eastern Yellow Robin, Red-browed Finch, Restless Flycatcher, White-browed Scrubwren, Superb Fairy Wren, Scarlet Robin, Grey Fantail, Diamond Firetail and Double-barred Finch

The Ginninderra community planting days on Sundays 21 May and 28 May will focus on restoring a patchy shrub layer at two separate sites – one close to Spence in Belconnen and the second close to Hall.

The events run with the support of the Ginninderra Catchment Group will focus on planting seven species across 13 separate plots of 25 m by 25 m. The plants species include: Acacia dealbata, Acacia mearnsii, Acacia parramattensis, Acacia genistifolia, Cassinia longifolia, Bursaria spinosa and Indigofera australis.

CSIRO Ginninderra includes about 114 hectares of Box-Gum Grassy Woodlands of varying quality such as at these first two revegetation sites. These Woodlands are part of more than 200 hectares that CSIRO has identified for conservation as a vital contribution to the balance and sustainability of the proposed future urban development.

Regenerating a shrub layer – together with restoring native grasses and maintaining and increasing fallen logs, mature trees, hollows and nesting sites – will help provide better foraging and breeding habitat for many of  the birds that have retreated with the decline in area and quality of remnant woodlands.

“This means that even close to the city and suburbs, we may one day hear more of birds like the Scarlet Robin, Double-barred Finch and White-winged Triller, to name just a few,” Jacqui says.

There’s still time to register to be part of the community planting days and efforts to bring back the birds:

Jacqui Stol with a rare Hooded Robin – a species attracted by shrubby layers in the woodlands. 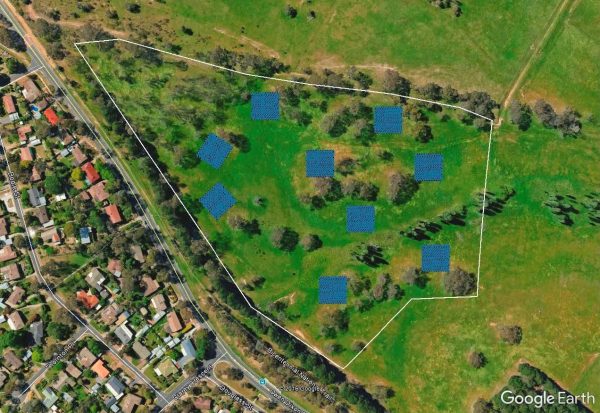 One of the sites for shrub planting in 25m by 25m plots.

A shrubby understorey in the woodlands. 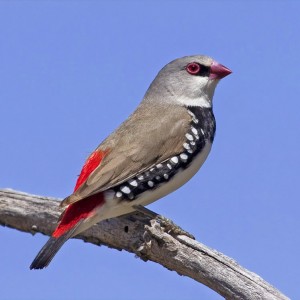 Diamond Firetail is one of the birds we would like to see more of in the woodlands. Source: J. Robinson and Canberra Ornithologists Group 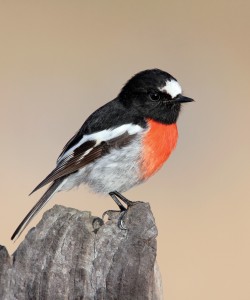