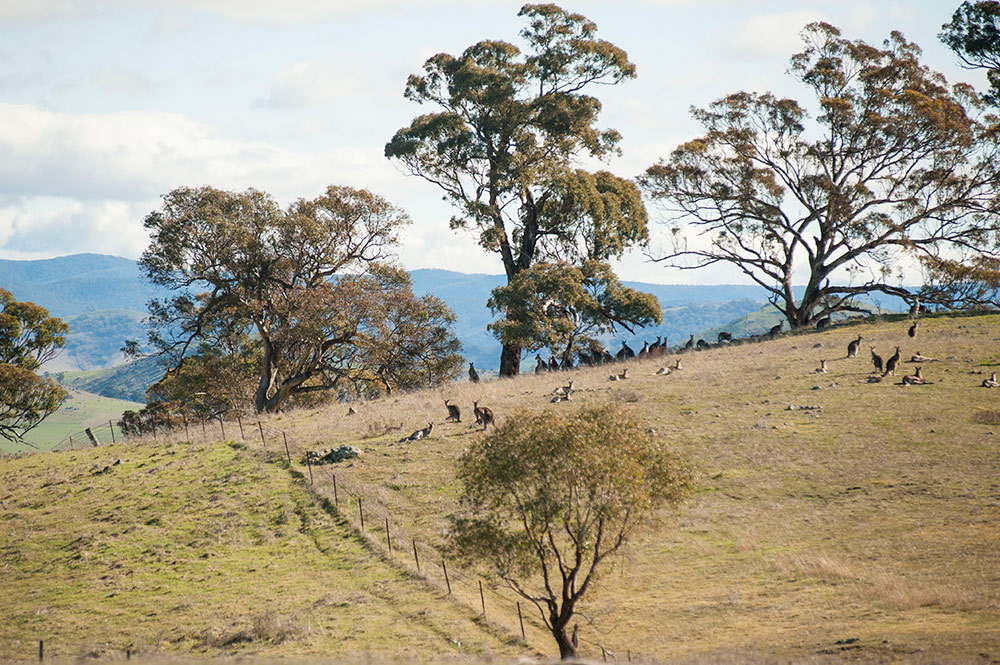 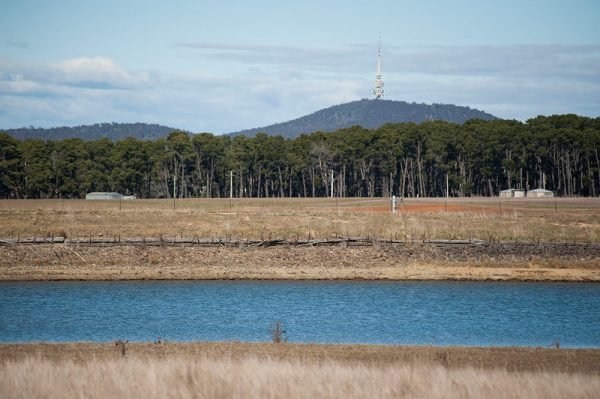 View of Black Mountain at the southern end of the Ginninderra site.

The Ginninderra Field Station was established in 1958 as a site for agricultural research in anticipation of the closure of the Dickson Experiment Station to make way for urban development in that area, which eventually occurred in 1962.

The Ginninderra site is located in the northern area of ACT, surrounded by the suburbs of Gungahlin, Hall and Nicholls to the north, Giralang to the east, and Evatt, Spence and Fraser to the south.

While nearby residents know more, it’s an area many people have driven past every day and never realised what lay within.

Behind the unassuming ridges and rows of vegetation lies 701 hectares of grassy open space with 80 hectares of irrigated, arable land. The quality soil and water availability on the site has provided excellent opportunities to support CSIRO’s agricultural research effort.

There are three houses, a machinery shed, a workshop, a barn, shearing sheds and some scientific equipment and approximately 5,000 sheep on the property.

Australia is famous for its beautiful natural environment which is reflected throughout the site. A mixture of native grasses, Scribbly Gum woodland, Box-Gum woodland, Eucalypts and pines create the greenscape of the site.

A natural drainage system, Halls Creek, separates the upper and lower areas of the site. Surrounded by ridges and hills there are amazing views across to Belconnen Town Centre, Telstra Tower and the Brindabella’s from the highest points of the site.

Canberra is known for its ability to incorporate green spaces into the city. The future of the site will embody this, retaining green spaces, open reserves, and natural vegetation. Sitting within the north-eastern end of site lie two very special trees, Canberra’s oldest oaks. This unique part of the landscape will be preserved throughout the development.

The site is also home to native, endangered species including the Golden Sun Moth and Box-Gum woodland. Protecting the plants and creatures that call the Ginninderra lands home is integral to this project. Opportunities to improve the quality of woodlands and create natural reserves will arise throughout the course of the project.

A number of Aboriginal heritage locations have been identified on the site. When European settlement took place in the area homesteads were set up near the Ginninderra property. Nearby heritage listed sites include the Charnwood Homestead, the Palmerville (Ginninderra) Homestead and the Ginninderra Police Station. These sites are all important in better understanding Canberra’s early history and will be respected throughout the project.