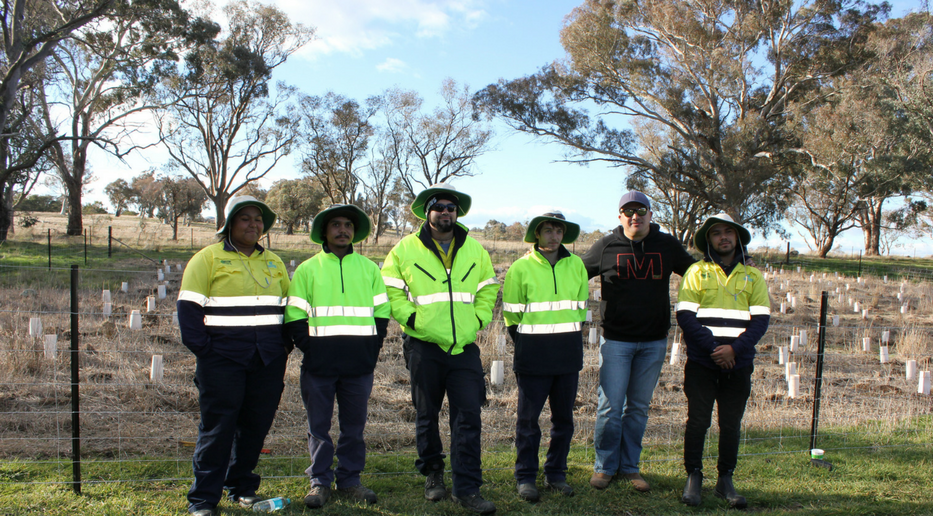 Last Thursday, members of the community and Ngunawal custodians came together to better understand and protect important Aboriginal cultural heritage at Ginninderra.

As part of NAIDOC Week 2017, the Mulanggang Traditional Aboriginal Landcare Group, Ginninderra Catchment Group and CSIRO invited members of the Canberra community to learn about the rich cultural landscape of our CSIRO Ginninderra property and the ways of helping to look after country.

The event was attended by 17 members of the community and commenced with a Heritage Interpretation Walk, led by Ngunawal custodian Wally Bell. Wally spoke about the significance of Ginninderra Creek and how native vegetation was used for the provision of food and medicine. He then took us to several scar trees on the site and discussed how the bark was often used.

“The Ngunawal people’s traditional country contains many sites of Aboriginal significance due to our occupation of this area for over 21,000 years,” said Wally. “An experienced Ngunawal descendent can provide an interpretation of the local Aboriginal cultural practices and the cultural landscape.”

“Aboriginal people’s connection to country has come from our belief systems involving the ability to feel at one with the natural environment for thousands of years, if we care for the country the country will care for us.”

The Heritage Interpretation Walk was then followed by a community planting activity where participants, led by the Aboriginal Green Army, helped to restore the shrub layer in a patch of Box-Gum Grassy Woodlands on the site.

“Replanting a shrub layer, together with restoring native grasses, maintaining fallen logs, mature trees, hollows and nesting sites, will help bring back more of the birds that have retreated along with the decline in area and quality of remnant woodlands,” said CSIRO Land and Water ecologist and woodland expert, Jacqui Stol.

Thanks to the 17 members of the community that attended this NAIDOC event and the combined efforts of 100 volunteers and the Green Army over the past few months, 3,500 shrubs have now been planted at Ginninderra.

If you are interested in future events like this, you can register to receive our CSIRO Ginninderra newsletters or keep in touch with Ginninderra Catchment Group and Landcare. 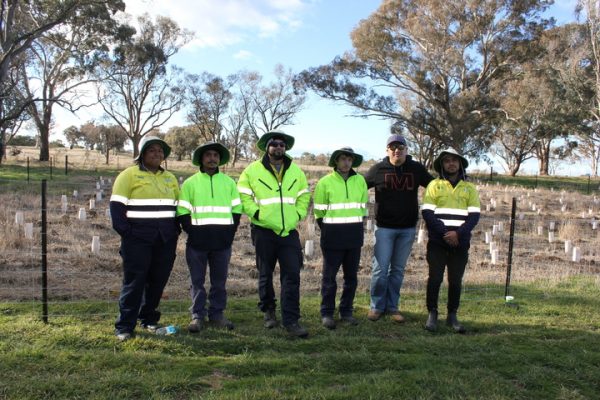 The Aboriginal Green Army helped to restore the shrub layer in a patch of Box-Gum Grassy Woodlands on the site. 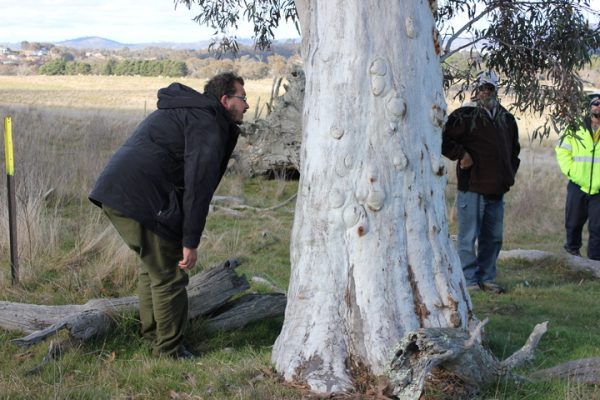 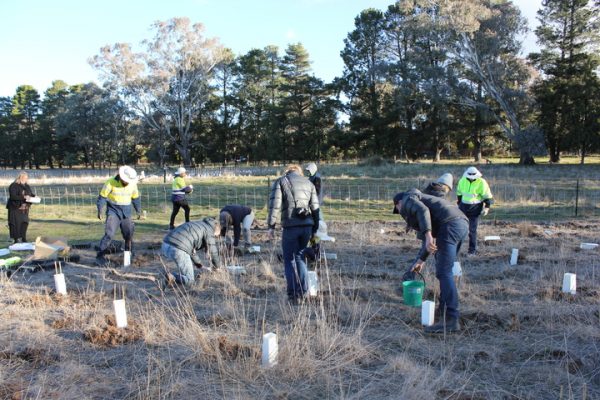