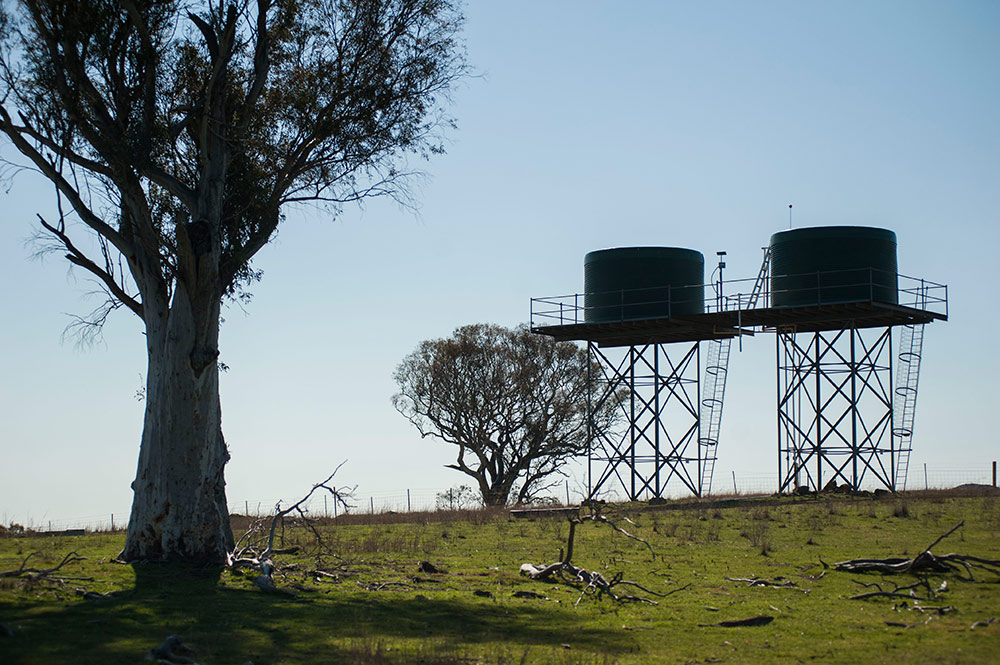 CSIRO in Canberra: from agriculture to space 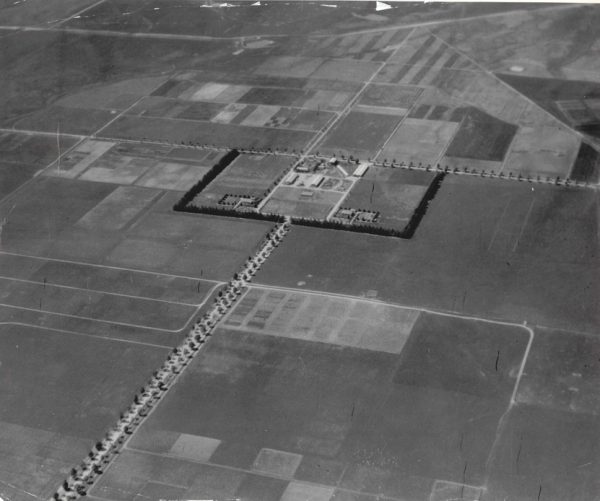 Aerial view of Dickson while it was CSIRO farmland.

CSIRO’s presence in Canberra is almost as old as Canberra itself, with just 14 years separating the establishment of Canberra and the creation of our national science body.

Since these early beginnings, Canberra has been a critical part of CSIRO’s research in agriculture and the natural sciences.

CSIRO’S Black Mountain offices opened in 1927, with the Department of Entomology moving into its own building in 1934. The Australian National Herbarium was also established during the 1930s.

The first site for agricultural research in Canberra was a site at Duntroon Farm, which later became Canberra Airport. A story in The Canberra Times in May 1931 said the costs of operating the farm would be covered by a £6,000 per annum contribution from the Empire Marketing Board, and that:

“Special attention is to be paid to investigations of wheat resistance and diseases, while a special section will be set aside for testing new grasses and forage plants to be introduced from abroad.”

This research site shifted from Duntroon to the Dickson Experiment Station in 1940, and experiments into crop and pasture trials continued here. Scientists also looked at how land could be used productively for livestock and crop farming, and housed a large flock of merino and Border Leicester sheep.

CSIRO’s history in Canberra is about more than agriculture, even though this has been a key focus. In 1965 the Canberra Deep Space Communication Complex opened at Tidbinbilla, and has worked with NASA on space exploration missions ever since. For nearly 60 years, the Gungahlin Homestead property at Crace was used for CSIRO’s Sustainable Ecosystems research program.

As urban development began to encroach on the Dickson farm, it was time for the field state to be moved once again. CSIRO acquired the 701 acre land for the Ginninderra Experiment Station in 1958, moving all research there by 1962.

The Dickson area turned out to be much-needed land for urban development, as the ACT population almost doubled from 55,000 to over 90,000 in the five years between 1960 and 1965.

Photos from the time show the rapid pace of development in Dickson and the surrounding suburbs once this land close to the centre of Canberra was repurposed. 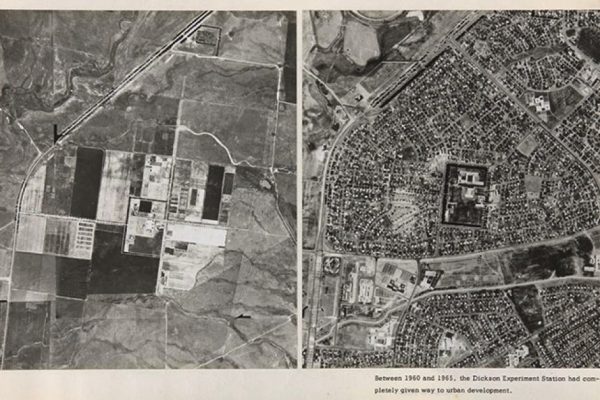 Meanwhile, the Ginninderra site over the years has provided space for multiple research projects, including testing varieties of crop seeds, animal farming and other agricultural experiments.

The site has contributed to Australian science including the development of BarleyMax and dual purpose wheats, crop and pasture improvement, sustainable farming, plant breeding and the effects of climate changes on crop production and soil carbon.

Once again, the city of Canberra has grown up around a CSIRO research site. Neighbouring suburbs include Hall and Nicholls to the north, the Belconnen suburb of Giralang to the east, and Evatt, Spence and Fraser to the south.

The story of CSIRO’s agriculture research in Canberra continues with the creation of the National Agricultural and Environmental Sciences Precinct, a $190 million investment bringing together research partners at CSIRO’s foundation site at Black Mountain. This initiative will bring together researchers from all over the world to tackle some of the world’s most pressing challenges in plant and environmental sciences.