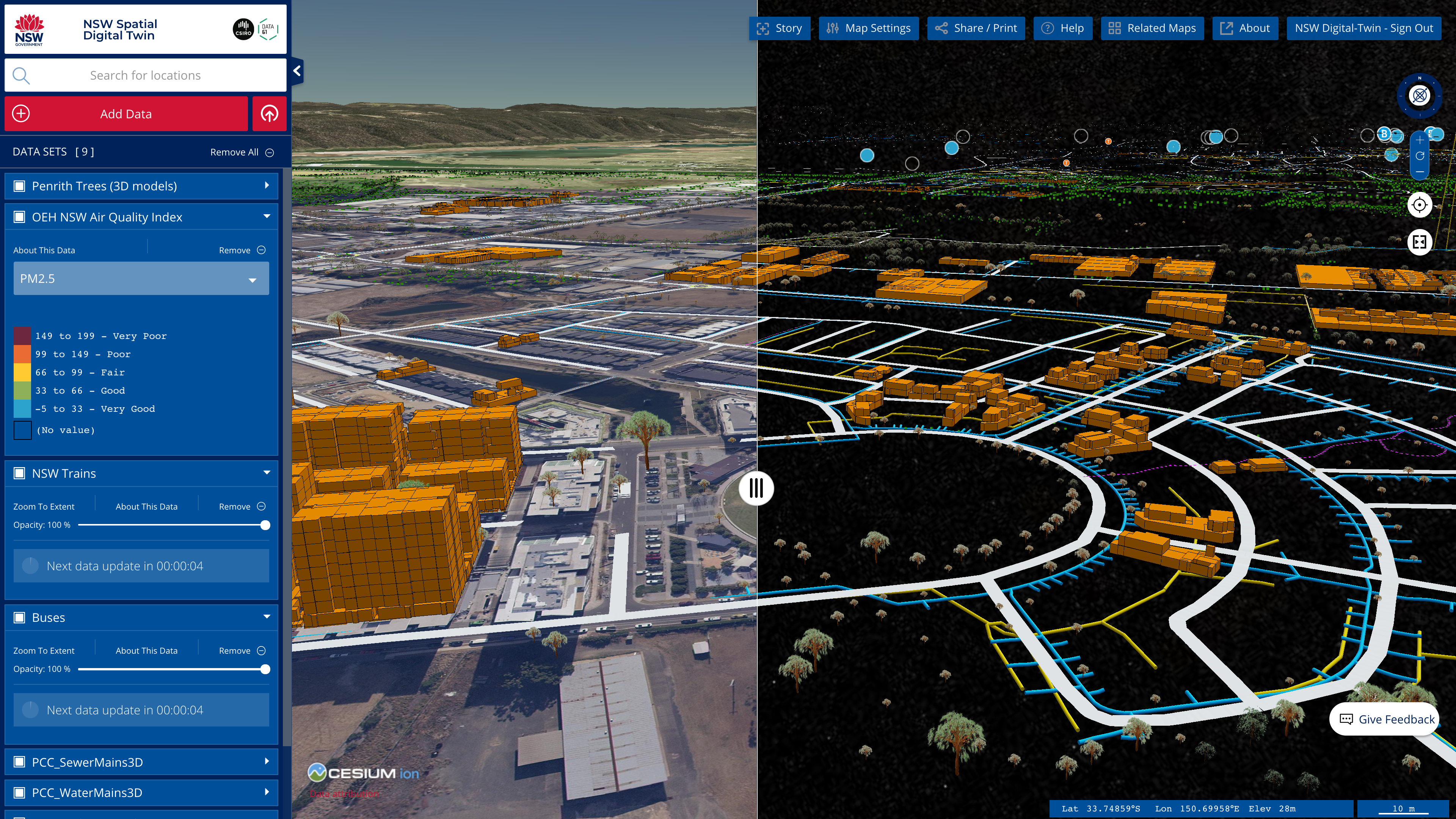 CSIRO’s Data61 showcased a cutting edge urban planning technology at the launch of the 3D ‘Digital Twin’ model for Western Sydney on 24 February.

With the myriad of connected sensors being introduced to urban environments, we’ve never had so much data available to plan, design and create smart cities of the future. Data-driven urban management is predicted to be a $5-10 billion export opportunity in the Asia-Pacific region by 2028 and Australia and CSIRO are taking steps to be world leaders in this space.

CSIRO’s Data61 is leading the charge in data-driven solutions for our cities for example through the development of a 3D visualisation technology known as ‘Digital Twin’.

Digital twin is an open platform that can create virtual 3D (4D when you view data over time) replicas of physical objects such as buildings, strata plans, terrain, property boundaries, utilities including power, water and sewer pipes.

The NSW Digital Twin can be used by planners, infrastructure owners, builders, policymakers and residents alike to better understand and respond to the built and natural environment. 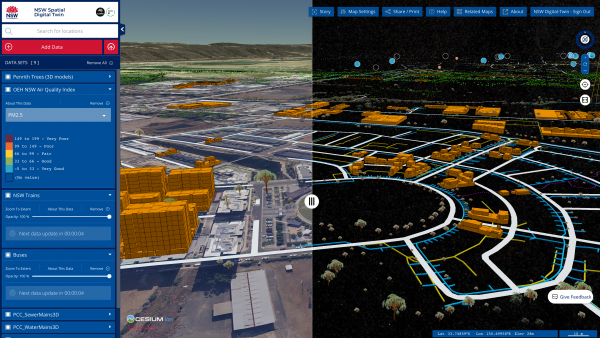 “The digital twin represents a step change in how we visualise environments and processes taking place in them. Till now decision makers have referred to property boundaries in 2D. Having them available in 3D together with how they have changed over time, and being able to easily share this with other related data, makes it much easier to fully understand the context of the boundaries,” Mr Henrikson said.

“An infrastructure developer can now use the digital twin to identify the location of underground utilities before building works commence, or see the potential impact of planned future infrastructure.” 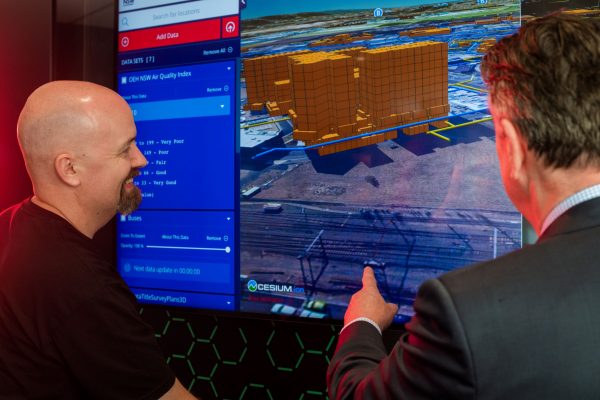 The NSW Spatial Digital Twin is built on Data61’s TerriaJS platform which also powers National Map and the National Drought Map, an online tool that brings together information on Australian drought conditions and support measures.

“By partnering with government and industry across the country, we can harness these technologies into a federal collaboration platform enhancing Australia’s smart cities and delivering significant benefit to Australia’s economy,” Dr Barry said.