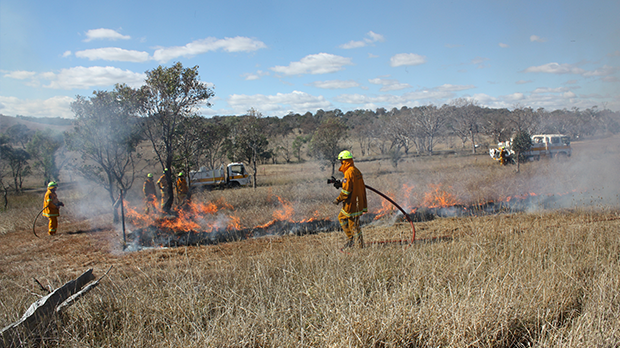 Firing up grassland restoration at Ginninderra

TV images of towering flames and fast moving fire fronts from major bushfires across Australia have left deep impressions of the destructive and sometimes unstoppable force of summer blazes.

With such coverage, it’s harder to appreciate the positive and regenerative effect that fire has on our native vegetation when used in certain ways and at certain times.

Finding out how fire and other management methods can be used to recover native grasslands is the focus of community-led research in ACT’s Ginninderra catchment, according to Ginninderra Catchment Group Coordinator Karissa Preuss. A great part of this work is on CSIRO’s Ginninderra Field Station, and in support of CSIRO’s nature conservation and restoration commitments at the site.

“We are into the second stage of a community driven project to find out the best management regimes for supporting restoration of the threatened Natural Temperate Grassland,” Karissa said.

Natural Temperate Grassland (NTG) of the Southern Tablelands is the most threatened ecosystem in Australia. Through past grazing, farming and city development, the ACT has less than five per cent of the NTG that existed prior to 1750.

Ken Hodgkinson, a Research Fellow with CSIRO Land and Water and a member of the North Belconnen Landcare Group (within the Ginninderra Catchment Group), has been a key part of the community effort.

“To our surprise, the autumn burn was the best and most spectacular because we saw 10 native plant species that did not appear in the other treatments.

“After these fires it might look like utter destruction, but the smoke and the heat is bringing new life by stimulating seeds to germinate and compete strongly against the exotic species.”

Following the success of the first project, the second project is expanding the research to more sites and grasslands of varying qualities in the Ginninderra catchment. That’s where CSIRO’s field station comes in.

“The CSIRO Ginninderra station is critical to this project because five of the 15 sites across the catchment are on the property and they include everything from very weedy grasslands to medium and high quality native grasslands,” said Karissa.

The four treatments at each site will include mowing six times a year (common practice in ACT), an autumn burn treatment every two to three years, a second autumn treatment every four to six years, and a control.

“We want to find out if less frequent fire is just as effective as frequent fires because burning has a cost and we want to get the ‘best bang for the buck’ in terms of the ecological response,” said Ken.

This research aims to help catchment managers determine the most cost-effective methods for restoring and managing various qualities of native grassland. It will provide a basis for best-practice future management of grasslands on CSIRO Ginninderra property including how CSIRO can successfully meet its conservation commitments with a nearby urban setting.

The project will also aim to bring in Indigenous fire management knowledge from within the local community.

“We are working with Aboriginal elders and the Mullanggang Traditional Aboriginal Landcare Group with the aim of sharing and bringing together indigenous ecological knowledge and western science,” said Karissa.

The community effort of Ginninderra Catchment Group and associated Landcare and member groups has been backed by various ACT Government agencies including the ACT Environment and Planning Directorate (particularly Conservation and Planning), ACT Parks and Conservation Service (particularly the Fire Unit) and ACT Rural Fire Service. Support from land managers has also been critical, including the ACT Territory and Municipal Services, rural landholders and CSIRO.

“So many community groups and volunteers have helped to make this happen – the Landcare Groups who identified the sites, community experts doing the baseline monitoring of grasses, the volunteers who established the plots and staked them out, and all of Rural Fire Service volunteers conducting the burning,” said Karissa.

“It’s incredibly inspiring to be part of this group of people who are dedicating their personal time to restoring the grasslands in the Ginninderra Catchment.” 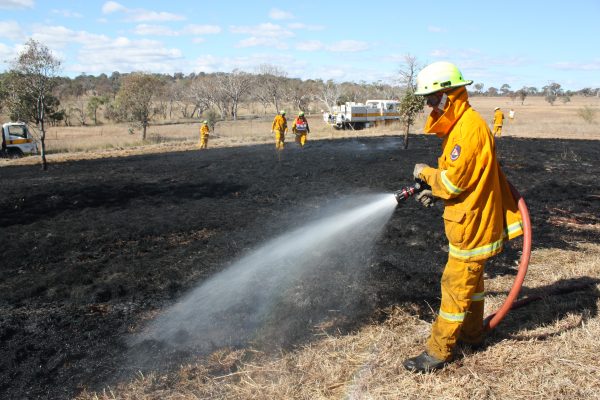 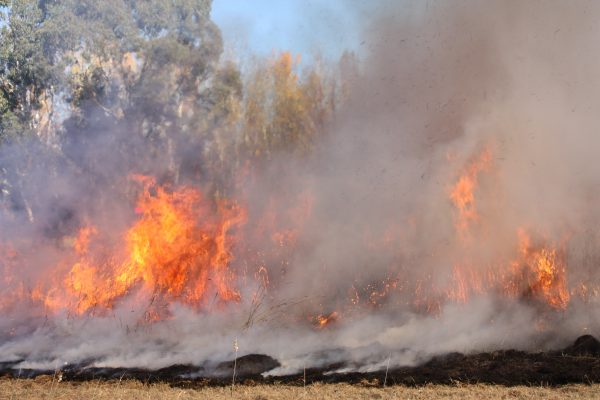 2 responses to “Firing up grassland restoration at Ginninderra”