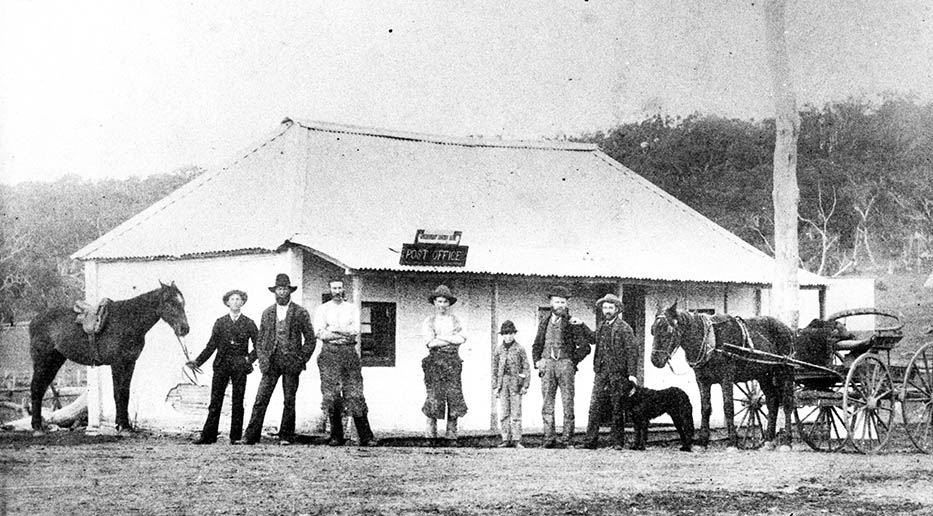 Forging new partnerships as we rediscover Ginninderra’s past

The rich history of Hall and district, and the areas once known as Ginninderra and Palmerville, have been a focus of ongoing conversation and discovery for the Hall community and its Progress Association. Now it’s a focus for CSIRO too.

As CSIRO’s Ginninderra property includes parts of the old Palmerville estate and borders on the former Ginninderra village, centred around Gold Creek, we have been keen to learn more about this history and understand how a new development might be able to connect with, and complement, this heritage.

“We have appreciated the willingness of CSIRO to talk openly with us about the project and we will invite them back to provide regular updates,” said Gavin Mansfield, President of the Association.

Traffic, sustainability, plans for the area north of Kuringa Drive and water quality issues around Halls Creek have been some of the key topics covered in conversations.

“We recognise that the Hall community, through its School Museum and Heritage Centre and website, has a wealth of knowledge and is the custodian and go-to authority for much of this early history, information and artefacts from the immediate area,” said Mark Wallis, CSIRO General Manager for Business and Infrastructure Services.

“This knowledge is going to be invaluable as we look to incorporate and feature such heritage elements among the proposed conservation and urban development areas at Ginninderra.”

Prior to European settlement, the area was known as Ginin-ginin-derry and was home to Aborigines for many thousands of years. While the first European settlement in the area –  the Palmerville settlement – is located on or close to the boundary of the CSIRO property, only a precious few physical features remain.

From the 1850s, the Ginninderra village developed along the Queanbeyan-Yass road and included in its heyday a church, two schools, store, police station, post and telegraph office, School of Arts, boot maker, nursery, Farmers Union hall, annual show, sports teams and a hotel.

The farmlands surrounding the village developed an outstanding agricultural reputation growing grain for the goldfields of Araluen and Majors Creek and then wool for the Sydney markets. In the early 20th century, Ginninderra produced high quality merino wool and Henry Curran of Deasland (the homestead is just across the Barton Highway from where the front gates of CSIRO Ginninderra are today) achieved a world record price at auction.

But when Ginninderra and other NSW lands were resumed in 1915 to create the Federal Capital Territory, the influence of Ginninderra was already fading.

Through the ACT Heritage Grants Program, the story of Ginninderra can now be explored online on the Hall School Museum and Heritage Centre website.

‘Rediscovering Ginninderra’ was the title of an exhibition staged by the Centre for the 2016 Canberra and District Heritage Festival in April 2016.

The material from this exhibition has been made accessible via an online searchable database and the interactive format allows users to explore prominent people and places through photos, documents and references to publications.

Honorary curator Phil Robson said, “This exhibition is informed by the prodigious research and writing of leading Canberra historian Lyall Gillespie, whose collection we now hold. There will be further displays on Ginninderra to come. Meanwhile we hope that recent arrivals to the ACT, descendants of settler families, and everyone else curious about what was here before Canberra will take the opportunity to rediscover Ginninderra.”

The online database is a compilation of Lyall Gillespie’s collections of Canberra’s historical materials and provides links to a wide range of other resources relating to the history and heritage of Ginninderra.

All photos supplied by, and published with the permission of, the Hall School Museum – Gillespie Collection.

Ginninderra Store (close to the boundary of CSIRO Ginninderra today) in the 1890s. 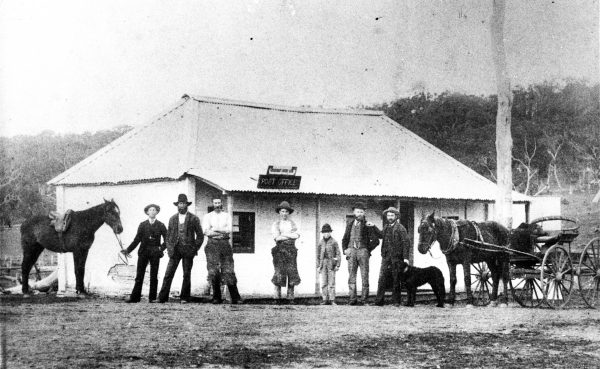 Ginninderra Store in the 1890s. 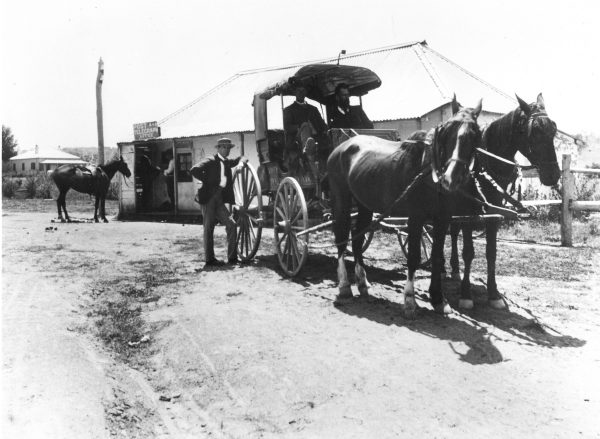 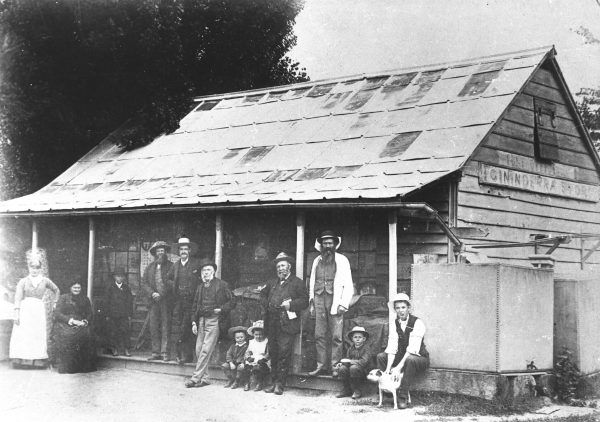 The second Ginninderra store, north of the Queanbeyan-Yass road.