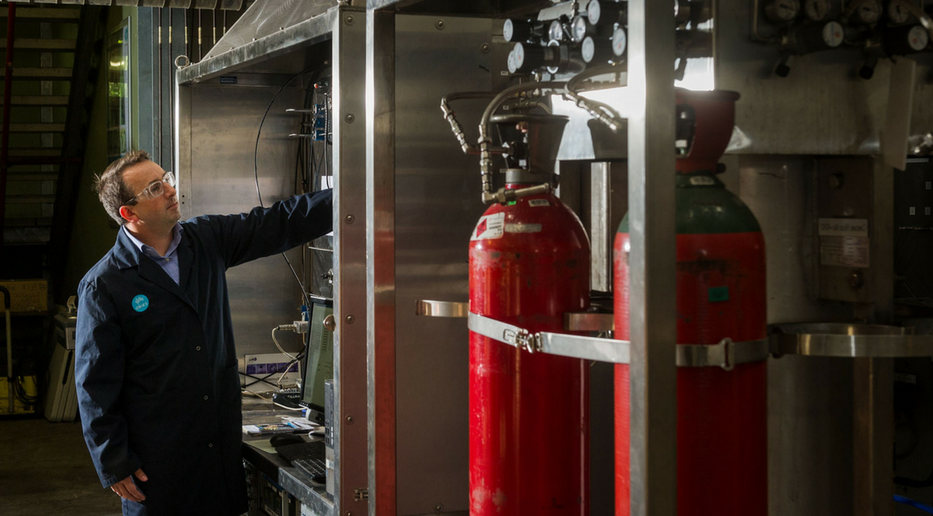 It’s colourless, odourless, and the most abundant element in the universe, and it may soon be powering your car.

Hydrogen – it’s a pretty logical choice for a fuel of the future, for the simple reason that, when used in electrochemical reactions to generate energy, it emits only heat and water. So it’s a clean, green option.

While it’s already available in a number of makes and models of fuel-cell vehicles, there are still a few barriers to overcome before hydrogen is widely available and universally used.

One of those barriers is that, despite its great abundance, there’s very little pure hydrogen to be found anywhere on Earth. So we need to produce it in a safe and reliable way, and that’s where CSIRO home-grown innovation comes in.

There are a couple of different ways to produce pure hydrogen – it can be extracted from natural gas, though carbon dioxide is a by-product. There’s also a renewable option through the electrolysis of water, which produces hydrogen and oxygen. Forcing this reaction requires a fair amount of energy which could potentially come from a clean source, like solar.

Then there’s the matter of transporting that pure hydrogen to the places it’s needed, and if we’re planning a hydrogen-powered vehicle revolution, that means every service station! Because of its low density, hydrogen can be difficult to transport and must be pressurised, and then carried by pipeline, tanker or some other secure method.

While hydrogen is already being used around the world, the existing transport infrastructure is not yet cost or energy efficient and therefore not sufficient to support widespread consumer use.

But rest assured there are other options … ammonia for example. Ammonia is a compound of nitrogen and hydrogen that is already transported far and wide for use in industry (as fertiliser, cleaner, etc). What if we could piggyback this existing infrastructure and transport the hydrogen within the ammonia, and then extract the hydrogen from the ammonia at, or near, the point we need it?

CSIRO has been working on ways to separate high-purity hydrogen from ammonia. For this very purpose, we’ve developed a thin metal membrane that allows hydrogen to pass, while blocking all other gases. Decomposed ammonia passes through our membrane, becoming pure hydrogen.

Our membrane means that hydrogen can be transported in the form of ammonia (which is already being traded globally), and then reconverted back to hydrogen at the point of use.

Renewable hydrogen for home and for the world

Our membrane has been welcomed by industry and is supported by BOC Gas, Hyundai, Toyota and Renewable Hydrogen Pty Ltd. The project also recently received $1.7 million from the Science and Industry Endowment Fund (SIEF), which will be matched by us.

So the technology will have benefits for vehicles and transport systems in Australian cities and future developments like Ginninderra. While Australia is a relatively small hydrogen market, the fuel can be distributed to emerging markets in Japan, South Korea and Europe using existing infrastructure.

Thinking big, we could transport Australian-made ammonia around the world so that international fuel cell vehicles could run on our hydrogen. And if we’re creating the hydrogen renewably with solar power, we are essentially exporting Australian sunshine! How’s that for home-grown ingenuity?

CSIRO Chief Executive Dr Larry Marshall is excited by the prospect of a growing global market for clean hydrogen, and the potential for a national renewable hydrogen export industry, to benefit Australia.

“This is a watershed moment for energy, and we look forward to applying CSIRO innovation to enable this exciting renewably-sourced fuel and energy storage medium a smoother path to market,” Dr Marshall said.

“I’m delighted to see strong collaboration and the application of CSIRO know-how to what is a key part of the overall energy mix.”

In addition to our new membrane, we’re looking forward to applying our expertise to all stages of the hydrogen technology chain (including solar photovoltaics, solar thermal, grid management, water electrolysis, ammonia synthesis, direct ammonia utilisation via combustion and/or fuel cells, as well as hydrogen production).

We’re researching all sorts of exciting energy technologies to make sure we can keep the lights on and lower emissions. 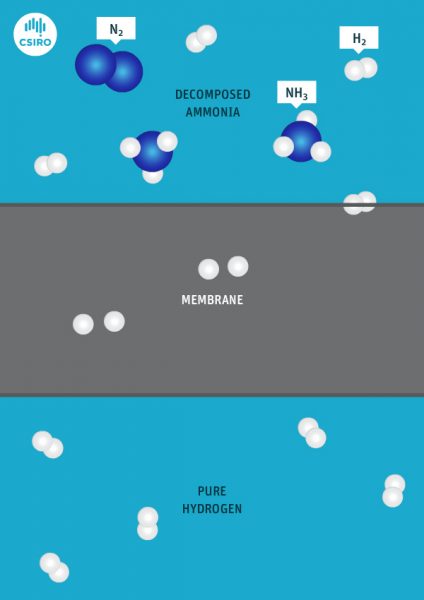 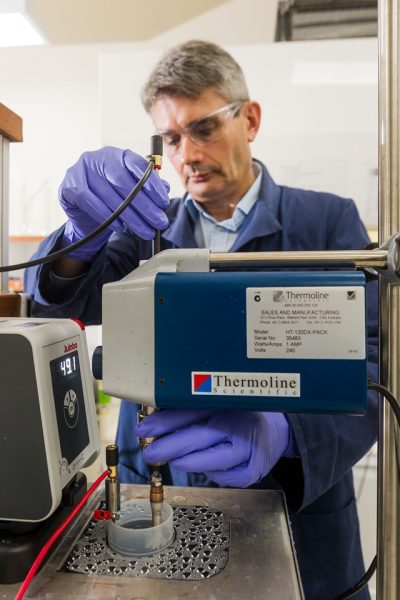 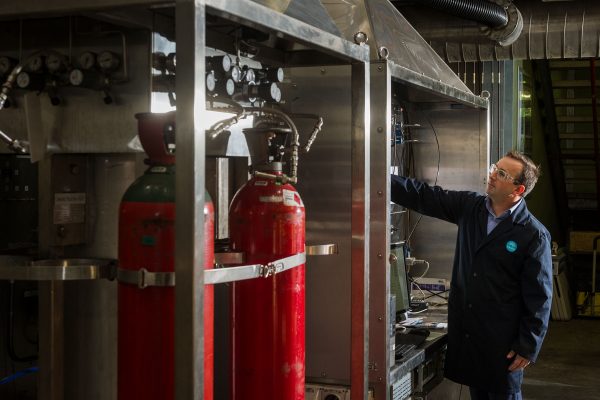 Hydrogen is colourless, odourless, and the most abundant element in the universe.

One response to “Fuelling a hydrogen-powered future”