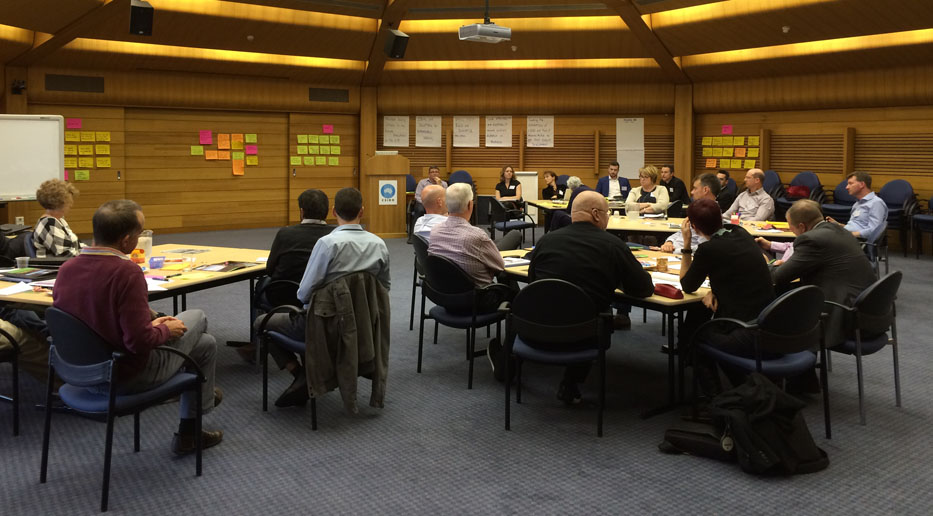 2016 has been a milestone year for the Ginninderra venture.

In a year that marked CSIRO’s 100th birthday, momentum increased on a project that we believe will leave a legacy for the next 100 years and beyond.

Some of the highlights and milestones across the calendar year are included below.

Our land was reclassified to ‘Urban’ under the National Capital Plan Amendment 86, giving us the opportunity to move forward with planning.

With the re-reclassification, further significant work was undertaken on areas that could be developed on the site and those that would need to be conserved as part of our commitment to conservation.

The decision to reclassify the land also allowed us to approach the market for Expressions of Interest from suitably qualified development partners.

In 2017, we expect to shortlist applicants and ask them to respond with a Request for Proposal, which will include a draft development control plan. Our joint-development partner will also assist us in ongoing discussions with the community and government (both at a territory and federal level).

Ideas generated at our Affordable Housing Think Tank in April have provided a springboard for further developing our approach to tackling an entrenched national issue. Thirty experts from the housing sector, ACT and federal government agencies, community organisations and CSIRO research teams took part and focused on identifying solutions to make housing affordable for people receiving the lowest 40% of incomes.

The opportunity for different financing and governance models along with design factors and provision of a diversity of housing stock, were among the many potential solutions covered. Participants also put forward a raft of ideas including measures to reduce household living costs in order to achieve life cycle affordability.

We continued our commitment to ongoing community engagement in 2016 and met with many groups and individuals during the year.

In June, we invited experts from several ACT environmental groups for an on-site visit to discuss the heritage and environmental protection issues and opportunities at Ginninderra. We then held a follow-up workshop to seek their initial ideas and advice on managing key ecological values.

We held neighbourhood drop-in sessions at Evatt and at Gold Creek in August, where approximately 200 members of the community attended and provided ideas and feedback.

We also attended community council meetings in Belconnen and Gungahlin, and have met with the Village of Hall & District Progress Association.

Our conversations with the community around our aspirations for the site and the ongoing comments and feedback throughout the year have been invaluable in generating ideas, challenges and potential solutions.

Our team has been working hard to bring all the ideas together and to work on the objectives, benchmarks and measures that will underpin a unique and successful sustainable urban development at Ginninderra.

We are committed to carrying out all of necessary due-diligence reports and releasing them publicly when finalised. One of the major ones released in November 2016 was the Ecological Values Report.

The report featured research that has been undertaken over a series of years on our site.

We also released reports that summarised the neighbourhood drop-in sessions held in 2015 and 2016.

We’d like to thank everybody who has taken the opportunity to give us feedback, to engage, and to input to the vision at CSIRO Ginninderra.

The involvement from the community has been fantastic and we look forward to continue working together in 2017.