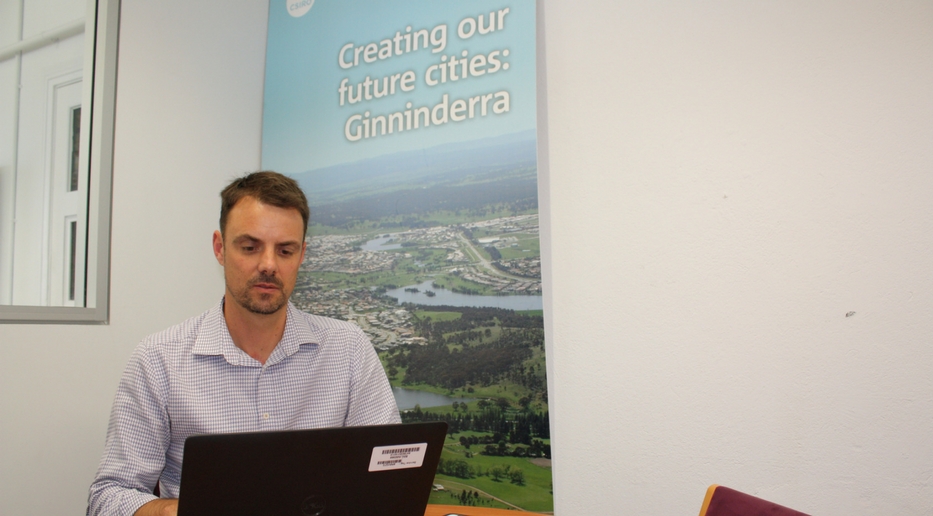 Urban ecologist Guy Barnett has been leading science activities for the Ginninderra project since 2015 and shares a vision for a unique urban development in the national capital.

Since joining CSIRO more than 20 years ago, Guy has been involved in many different areas of environmental, urban and ecological science. He is a Principal Research Consultant with CSIRO Land and Water.

“I’ve worked on science and solutions in areas ranging from mine rehabilitation, ecological impact assessments, to urban heat islands and climate adaptation in our cities and urban environments,” says Guy.

As an urban ecologist, Guy is focussed on the connections and inter-relationships between living and non-living things in cities and a range of urban contexts.

“I’m particularly interested in how we can design and build urban environments that promote biodiversity and healthy ecosystem function while providing great places for people to live. That’s why I was interested in the Ginninderra project and joined the team three years ago.”

Since that time Guy has been leading the science for Ginninderra including managing ecological surveys and studies, grassland recovery trials and woodland restoration work as well as engaging with scientists from across CSIRO who have ideas and innovations to contribute.

“CSIRO conducts a wide range of science that is highly relevant and applicable to creating more liveable, sustainable and resilient cities. It’s that breadth of science that we are bringing together in our science planning for Ginninderra that will set Ginninderra apart from what’s been done before.”

“My vision is that science, and the benefits from it, would be visible and part of everyday life at Ginninderra. So far, we have been actively working with the community and community groups to get people involved in the science and the vision, whether it be woodland and grassland recovery activities or monitoring water quality.”

Science in action within a real urban environment is part of CSIRO’s broader vision for future cities.

“Our aspiration for Ginninderra is that it would be a key site among a number of different urban settings across Australia where we can design, test and create cities of the future. We are encouraging the community and future residents to play an active role in that by bringing ideas and getting involved in the various steps along the way.”

“With Ginninderra we have an opportunity to create a place that is unique, special and where science is playing a visible role in positive and healthy outcomes for people and the environment.”