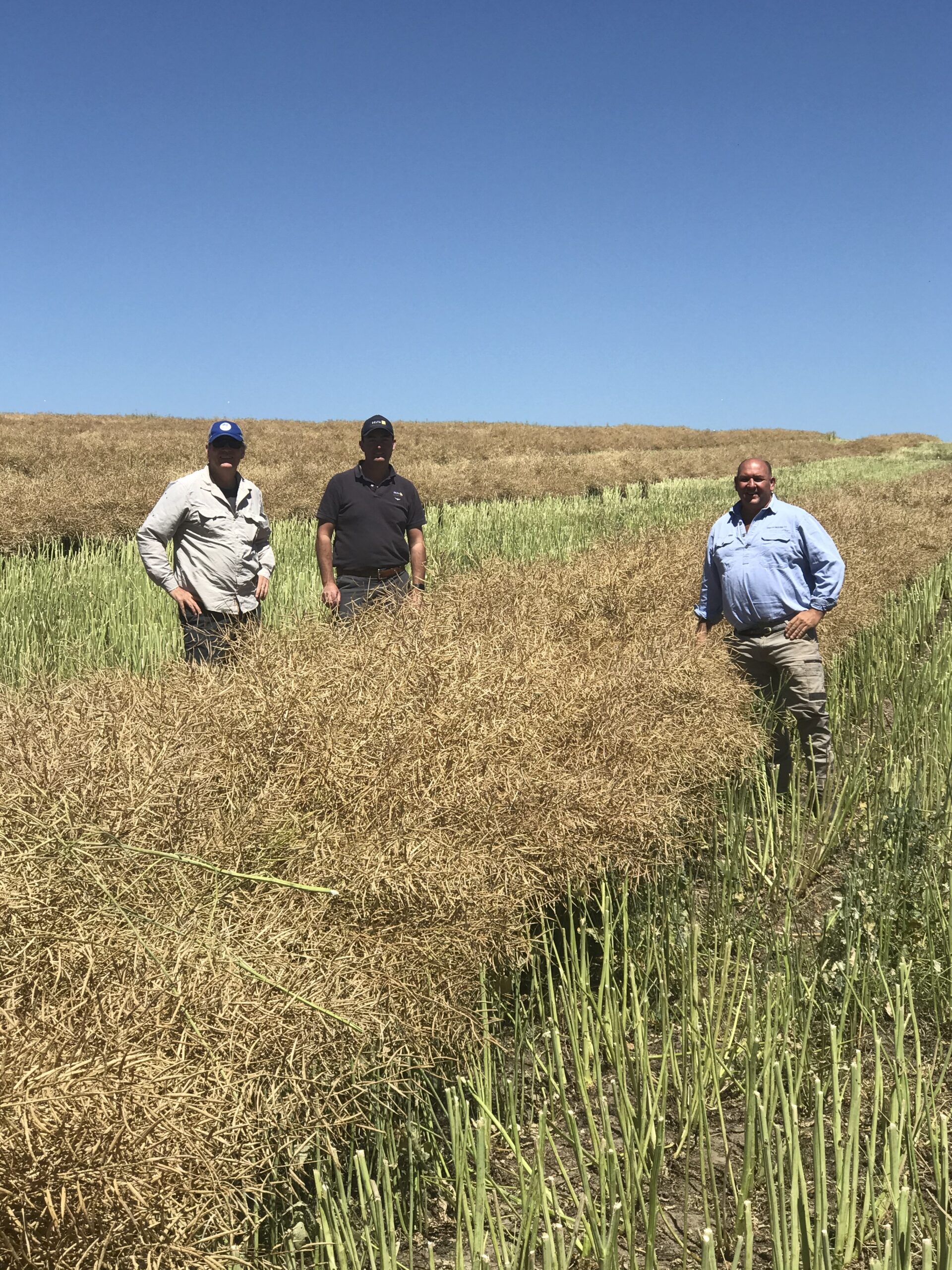 A recent world record-breaking canola crop was born out of CSIRO experiments in the back paddocks of Ginninderra, and the persistence of those who took-up and ran with our research.

When a mixed farming business at Oberon, NSW tipped the scales with a world  record 7.16 tonnes per hectare for a canola harvest, the farm manager was quick to acknowledge the role of CSIRO science, Grains Research and Development Corporation (GRDC) funding and the joint work to develop dual-purpose canola cropping.

Peter Brooks who manages the Mayfield farm at Oberon said, “We’ve had great conditions in 2020, but achieving this yield didn’t happen overnight – it was a culmination of 15 years of working with CSIRO to improve our systems.”

One of the key research collaborators, CSIRO farming systems researcher Dr John Kirkegaard, recalls the role CSIRO played through the Ginninderra Experiment Station (GES) and the cropping and livestock staff based on and off the property.

“My first exploratory experiments with grazed winter canola were “unfunded” work carried out in the back paddock at Ginninderra between 2004-2006,” says John. “I sowed an old French variety of winter canola and grazed it in the winter of 2004, and to my surprise it went on to yield 3 tonnes per hectare after grazing. We tested whether sheep would eat canola or if they preferred the standard forage brassicas, and found they liked both.”

After bringing in some local agronomists to witness the crop after grazing and again at harvest in 2005 and 2006, John and the CSIRO team applied for and received GRDC funding from 2007-2009. This led to the first successful commercial trial of grazing canola in a paddock near Galong, NSW in 2007.

“We graduated later to try to understand how to best fit dual-purpose wheat and canola into the farming system. To do that we used the large ‘Stockade’ research area developed at GES, where we provided controlled access for sheep to graze on 0.2 ha blocks. “

“This grazing systems work continued through to 2017 with Meat and Livestock Australia funding and included how best to manage the animals to capitalise on the new forage source.  During this period several breeding companies released winter varieties for grazing commercially, allowing more farmers to take it up.”

It was during a field day at Goulburn in 2010 that farm manager Peter Brooks saw the potential of having a grazing canola as a rotation crop in a dual-purpose farming system. He sowed 200ha of grazing canola the following year at a farm near Goulburn and has never looked back.

The collaboration with Peter continued for more than a decade and long after the formal funding stopped, according to John.

“Dual-purpose canola has transformed farming in that valley and Peter has refined the system and moved it into new areas including Berrima, and then Oberon in 2020, producing this record crop.”

From humble beginnings at Ginninderra, the concept has spread into all of the southern states and grazing canola is now an established part of the feed-base on mixed farms. 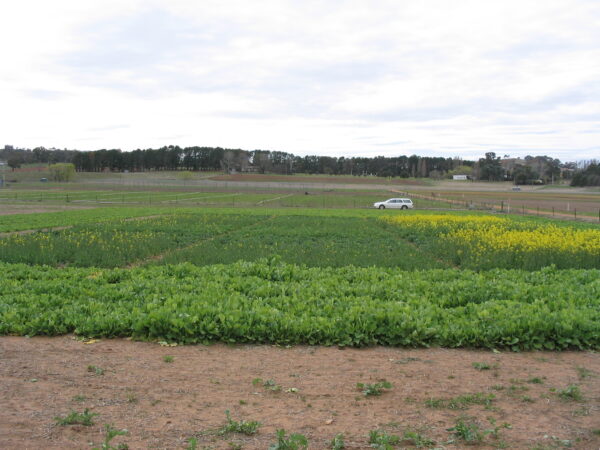 The first dual purpose canola experiment at Ginninderra in 2004 shows un-grazed canola flowering on the right, the heavily grazed and lightly grazed strips to the left, and a forage brassica in the foreground. 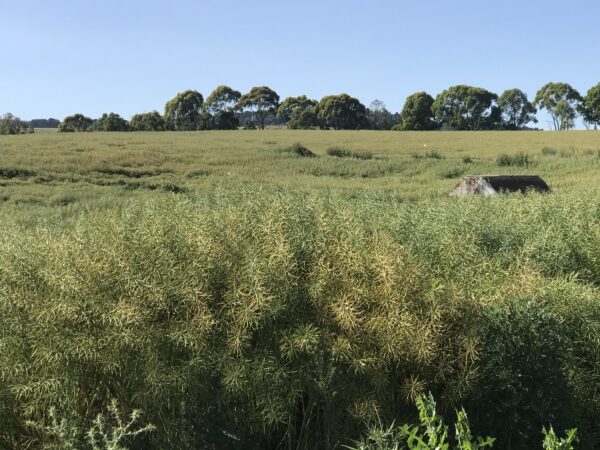 This world record-breaking canola crop at Oberon NSW was grazed by sheep in winter 2020 and then windrowed (see next photo). 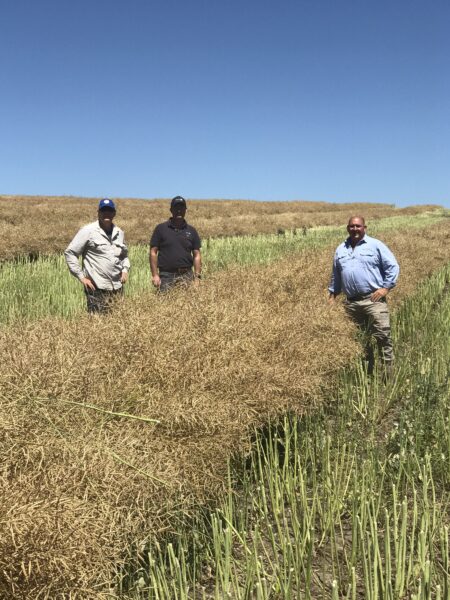