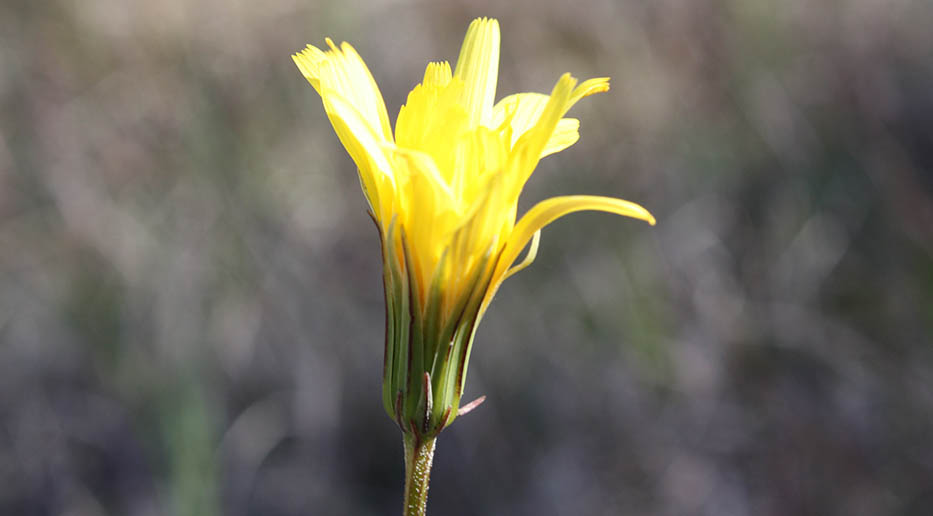 Described as ‘sweet with a flavour of coconut’ the Yam Daisy was a nutritious staple of the Aboriginal people of NSW, ACT and Victoria until it was almost grazed into history.

The Yam Daisy (Microseris lanceolata), also known as Murnong, was the yellow-flowered herb targeted and its starchy tuberous roots made it a valuable food source, typically roasted or pit baked by our first Australians.

Unfortunately introduced sheep learned how to ‘root-up’ the plant with their noses and cattle also developed a liking for the above-ground part of the plant. This grazing, combined with other activities such as the addition of fertilisers, reduced Yam Daisy to a precarious presence in the landscape.

Thankfully the Yam Daisy survived and now it is one of the first five natives being planted back into the Ginninderra grassland restoration project being led by the Ginninderra Catchment Group, CSIRO Land and Water Fellow, Ken Hodgkinson, and a growing army of volunteers.

“Yam Daisy is one of a number of species that have typically disappeared from our endangered grasslands due to grazing and development, and it’s one of the species in our restoration trial,” said Ken. “There are also two lily species whose tubers were eaten by Aboriginal people.”

The other four species selected for the project are ones that have similarly diminished in numbers under agriculture and are:

“We’ve taken the opportunity of good autumn and winter rains and the enthusiasm of many volunteers from the Ginninderra Catchment Group, universities and environmental groups, to plant several thousand plants into the Ginninderra grassland project,” said Ken.

This is a follow-up to the autumn burn grassland restoration trials set up across 13 sites (five of them on the CSIRO Ginninderra property) in the Ginninderra catchment in April 2016.

“We are bringing together modern science with some of the same firestick farming methods of our first Australians,” said Ken.

To maintain preferred herbaceous food plants like the Yam Daisy, the Aboriginal people are understood to have carried out patch burning in woodlands and grasslands in late summer, with burning at three to five year intervals.

“Thanks to the vision of the catchment group and funding and support from the ACT Government, through the ACT Environment Grants, we have been able to source and buy sufficient numbers of each of the five species from Greening Australia.”

The team planted 10 repetitions of those five species in each of the four treatment plots across the 13 sites, using a ‘Latin Square’ layout, according to Ken.

The Latin Square is a randomised plot layout that will enable Ken and the team to account for the variation in plant responses and survival caused by differences in slope, aspect and other variables.

“We also have a variation of sites in terms of the quality of remnant grasslands and position in the landscape – for example some at the top of hills, on slopes and in wetter areas at the bottom of the slopes.”

“Some of those sites will dry out very quickly while others can remain wet for long periods and this could be a key factor affecting survival over a hot and dry summer.”

“In line with CSIRO’s aspirations for the Ginninderra property, our goal is to restore and improve key environmental assets. This project will help us to understand which of the management approaches is best for achieving the survival and subsequent spread of the native plant species.”

The four management treatments under trial are:

“We have started assessing the number of species in each plot and their relative abundance and will do this annually to determine trends,” said Ken.

It is very early days but there are some signs already that there are differences.

“One of the first forbs to flower was Early Nancy and we have observed that it is more abundant in the autumn burn plots than in the mown or control plots,” said Ken.

Measurements to begin soon include soil water content, comparative survival of populations of certain native plant species at different altitudes, insects of the grasslands and soil organisms, especially mycorrhiza. The experimental sites are available for collaboration with other scientists.

“Volunteers have come from everywhere to get this project off the ground,” said Ken.

In particular, he expressed his thanks to:

“We have local and neighbouring farmers also taking a keen interest by hosting trials on their property and offering to help with the plantings. It really is citizen science in action.” 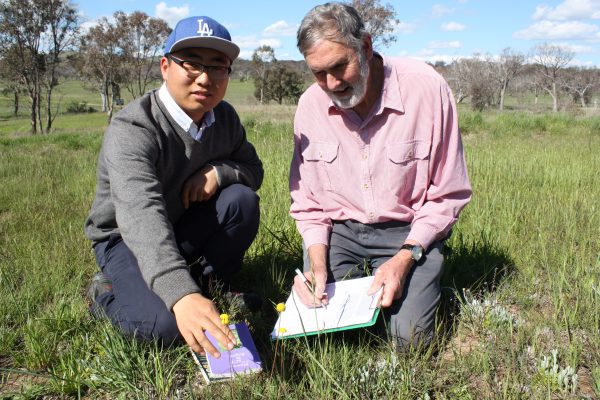 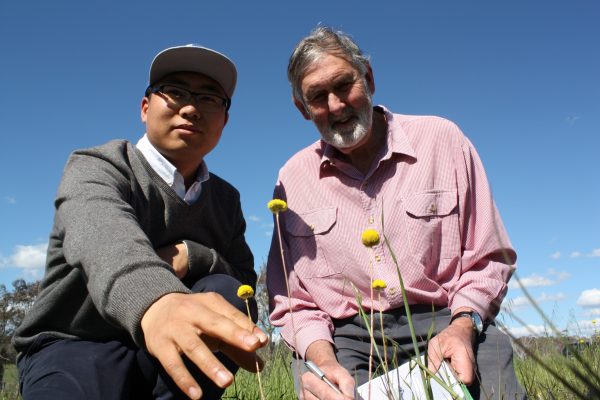 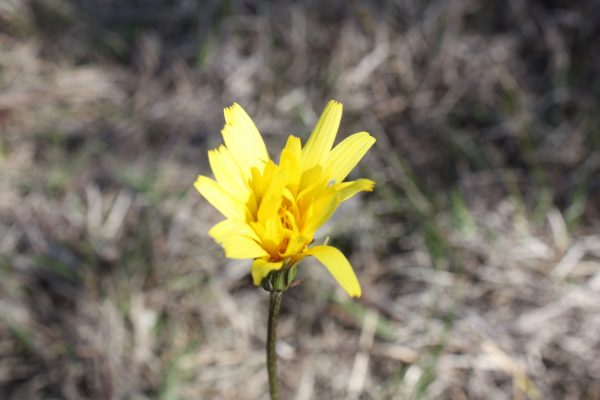 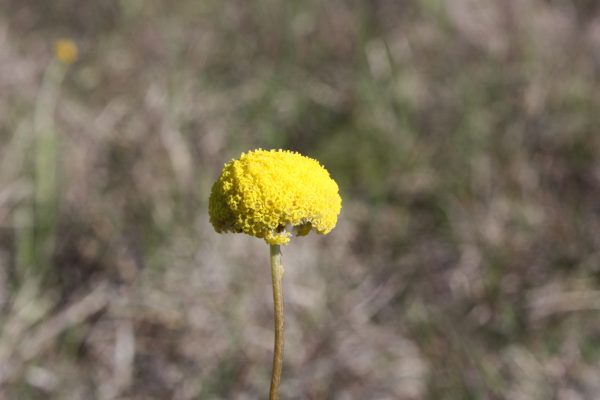 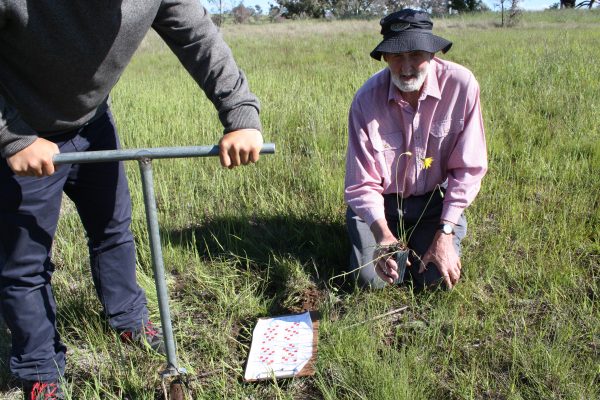