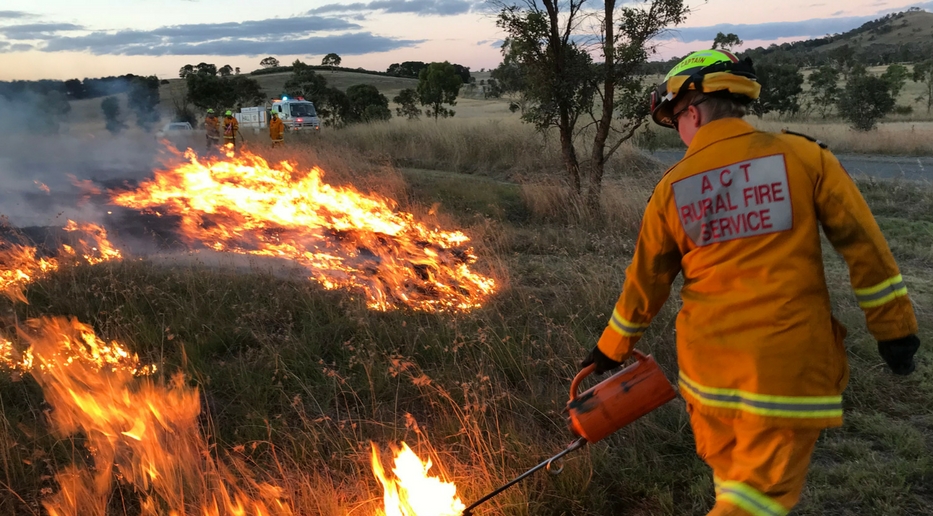 What is the best way to restore our native Grasslands? To help answer that burning question we caught up with Ken Hodgkinson and Karissa Preuss.

The second round of Autumn burns, overseen by Ginninderra Catchment Group and the ACT Rural Fire Service, took place at CSIRO Ginninderra and across the catchment in March. Casting a watchful eye on the Ginninderra grassland restoration trials, CSIRO Honorary Fellow and Landcare stalwart Ken Hodgkinson was quick to point out some of the benefits of fire in the landscape. 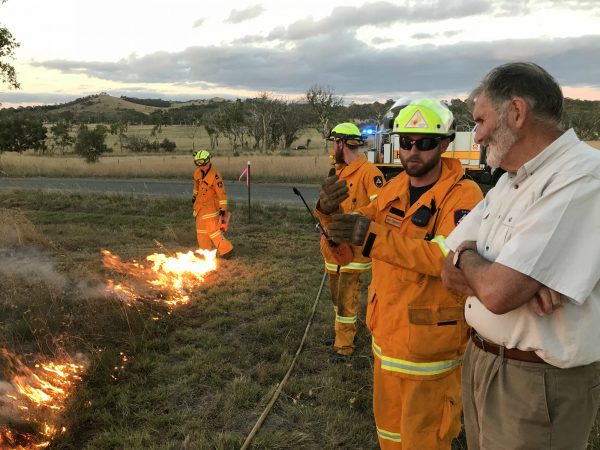 “Australian plants are unique in the sense that they’ve adapted over millions of years to fire,” Ken said. “Some plants need just smoke to stimulate them to germinate. Others need the heat of the fire to crack the outside of the seed. Some species need both those stimuli. We know from what Aboriginal people are telling us, that late summer through autumn into early winter is the time when they would traditionally burn.”

Through this Ginninderra Catchment Group (GCG) led project, 13 sites including five at CSIRO Ginninderra were first burned in autumn 2016, and this was the second burn applied to specific plots. At each site, the research team is testing the relative contribution to grassland restoration of four treatments:  burnt every two years, burnt every four years, mown six times per year and ‘a do nothing’ or control approach.

In mid 2016, Ken and a team of volunteers led by the GCG, planted five different native plant species in a grid pattern across each of the trial sites and treatments, with a total of 2600 plants going in including 1000 at CSIRO Ginninderra. The five species included: Yam Daisy, Nodding Chocolate Lily, Bulbine Lily, Billy Buttons and Common Everlasting Yellow Buttons. 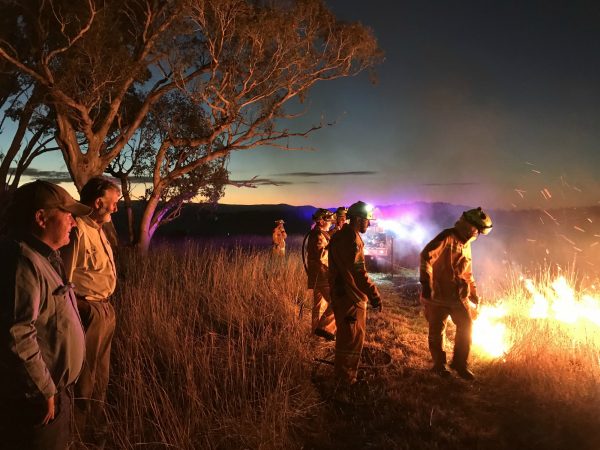 Above: The second round of Autumn burns, overseen by Ginninderra Catchment Group and ACT Rural Fire Service

According to Ken, the early results indicate a lot of variation in survival success across the trial sites and treatments.

“At some sites, there’s been very good survival, others very poor survival. It’s probably going to take some time to work out why,” said Ken. “Of the five species, the Bulbine Lily has fared best with better than 60% survival across half of the sites. And Billy Buttons have similarly done very well.”

“The best survival of native plant species was achieved at one of the CSIRO sites which was already the richest in presence of native species. We are doing further studies to better understand this. Based on these very early results, if you were investing in planting native species into a grassland, the best bang for your buck would appear to be in areas that are already rich in native plant species.”

According to Ginninderra Catchment Group Executive Officer, Karissa Preuss, the grasslands project will remain in ‘test and learn’ mode for at least 10 years.

“It will take some time to get there, but the results of this study will provide evidence-based data for determining the best way to restore the native grasslands in the Ginninderra Catchment, which is the end goal,” Karissa said.

“We are very grateful for the participation and support of ACT Government, the ACT Rural Fire Service, as well as the support and interest of the Friends of Grasslands and all the Landcare groups including the Aboriginal Landcare group, Mullanggang, who have contributed cultural expertise.”