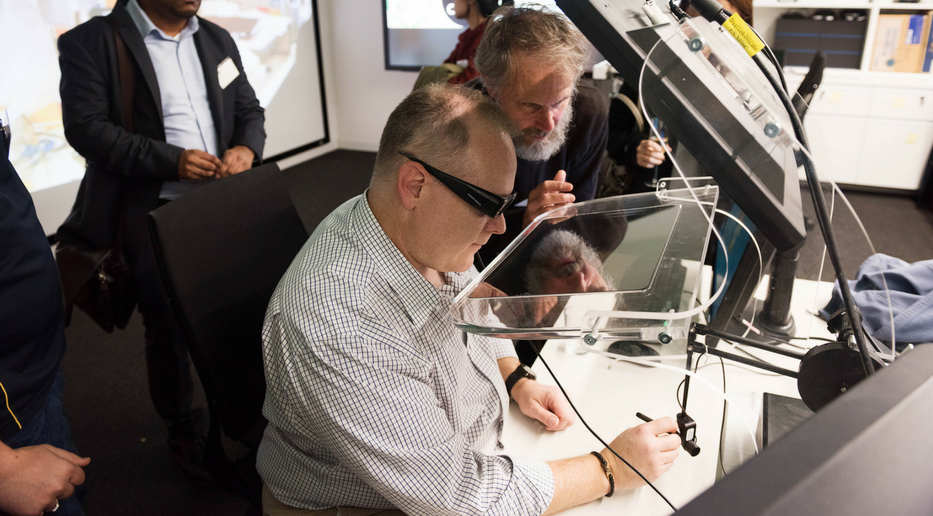 A wave of new interactive computer technologies is set to transform industries like retail, agriculture, manufacturing, health and construction. CSIRO’s Data61 is leading the way through a new research centre in Canberra. 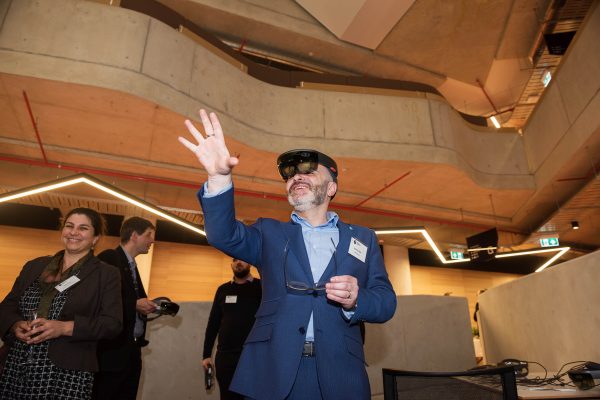 Above: Visualising energy usage data overlaid directly on the appliances consuming the energy.

Senior Research Engineer and Experimental Scientist at CSIRO’s Data61, Matt Adcock, said AR and VR technology would change the way Australians interact with digital systems at work and at home, for example by enabling emergency services to ‘beam in’ to help administer first aid, to allowing maintenance workers to interact directly with smart buildings, and tapping into vast catalogues of 3D data.

“AR technologies can sense elements of the physical environment and enable delivery of holographic data right where and when it is needed most,” Matt said.

“Some smartphone apps already let users see, for instance, what furniture would look like in their own home. But while the hardware is evolving at a rapid pace, the digital services that can run on that hardware are just beginning to be explored.” 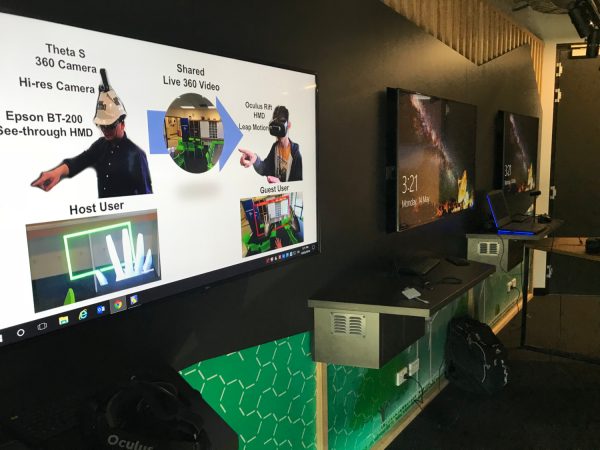 The CSIRO building which houses the lab contains a cloud-based smart glasses system, developed by Data61, which displays historical and real-time energy usage data overlaid directly on the appliances consuming the energy. This is one example of what is possible in smart buildings of the future.

CEO of Data61 Adrian Turner said the Lab was a unique facility which will build upon Data61’s deep expertise in areas such as decision sciences, data sharing and visualisation, collaborative systems, Internet of Things, machine learning, in-situ analytics and robotics. 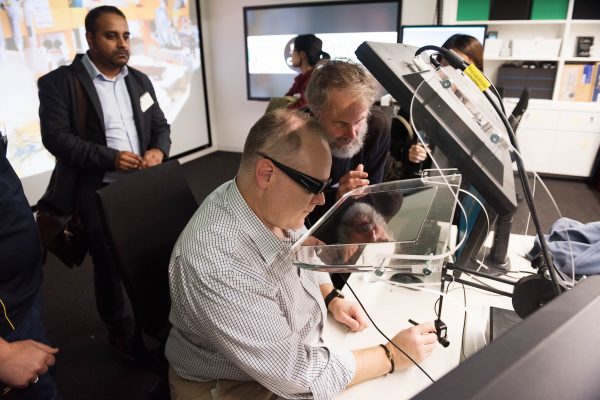 Above: Demonstration technology in the new Immersive Environments Lab.

“Augmented reality now is where the Web was several decades ago – on the cusp of broad adoption, as the technology and compelling use cases have matured,” Adrian said.