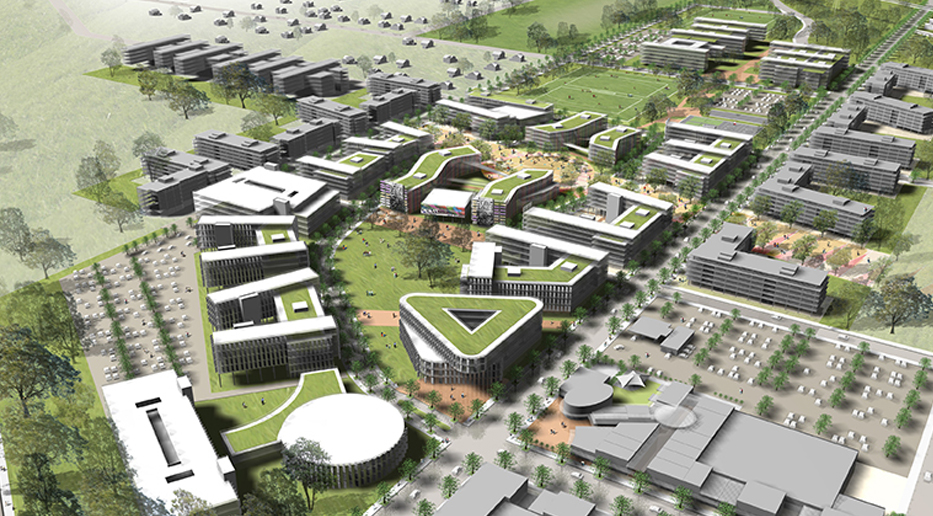 CSIRO’s first Urban Living Lab designed to innovate, develop and roadtest the cities of the future was launched at the Sydney Science Park site today.

A joint initiative of CSIRO and Celestino, the Urban Living Lab provides a space in which to nurture innovation and collaboration, to apply science and test new ideas and technologies for their potential to deliver more liveable, sustainable and resilient cities and urban areas.

With more than 75 per cent of Australians living in cities, and Australia’s population projected to double to 46 million by 2075, the need for smarter, better designed and constructed cities and urban spaces will only grow.

“There are major issues facing cities in the 21st century,” says Acting Director of CSIRO Land and Water, Paul Bertsch.

“Issues such as population pressure, climate change and resource scarcity are big problems that researchers, industry and government need to work together to address.” Dr Bertsch says. “The Urban Living Lab provides the perfect environment for the collaboration and innovation that are necessary to build vibrant and sustainable cities.”

Urban Living Labs are place where researchers, industry, community and government can work together to address the environmental, social, economic and technological challenges facing the urban sector.

“Happily, we can announce that CSIRO’s first Urban Living Lab will operate at the Sydney Science Park,” Dr Bertsch says.

Sydney Science Park is a new development set over 280 hectares in Sydney’s west. It is envisaged as a fully-integrated community that encourages innovators from a wide range of urban research backgrounds to come together to create, test and refine innovative products and services in a real-life setting with the support of CSIRO and other research partners.

Celestino CEO John Vassallo says he is excited to be partnering with CSIRO on this important initiative.

“We could see people creating new ways to harness solar energy in the workplace and developing novel ideas to store heat and keep homes cool. New sustainable transport solutions will also be encouraged as well as inventions that conserve water and energy and drive down utility bills. The possibilities are endless.”

“Once developed, all of these technologies will be tested on the homes, businesses, shops, roads and parks of Sydney Science Park.

The Urban Living Lab will link inventors to mentors as well as to scientific expertise and venture capital.

“We don’t just want inventions, we want new prototypes commercialised and rolled out to the market.”

CSIRO Urban Living Labs are proposed to be established in a number of different urban, inner city and greenfields settings in a number of Australian cities and the CSIRO Ginninderra property is anticipated to be one of those locations.

From the reuse of treated wastewater for urban green spaces, to automated driver-less garbage collection, Urban Living Labs will carry out complementary research with the resources to test a wide range of cutting-edge innovations. These ideas can then be developed, commercialised and implemented, all under the supervision and support of CSIRO and partners.

Research already under consideration includes:
• Examining the impact of increased urban greening on local temperatures and ecology, changes in energy and water demand and consumption, and the influence on community wellbeing and health
• Developing smart water systems that can efficiently provide different classes of water for different uses on demand
• Determining the influence of digital disruptions and information technology advances on urban structure, industry and community connections.

With this new generation of laboratory and a new spirit of innovation and collaboration, the Urban Living Lab will play a major role in shaping the cities of the future. 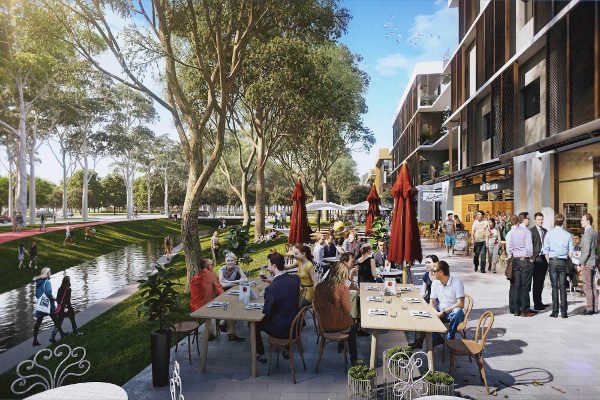 An Urban Living Lab is being established at the Sydney Science Park, a new development over 280 hectares in Sydney’s west. Artist impression: ©Celestino 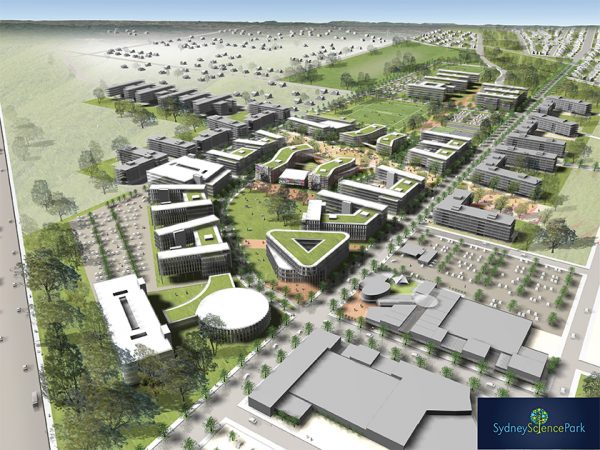 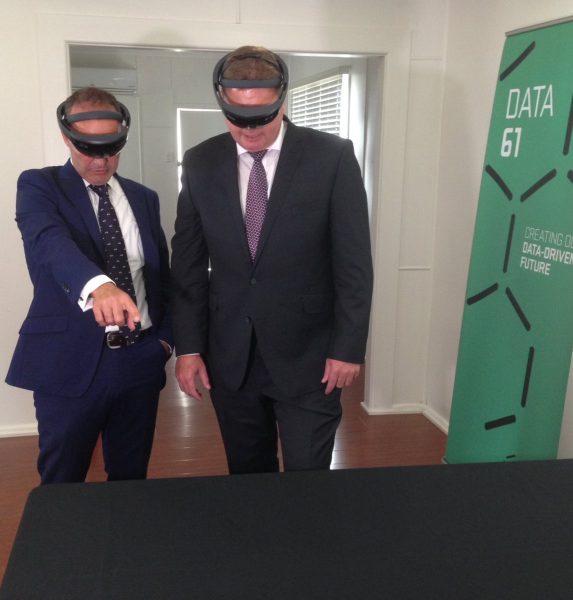