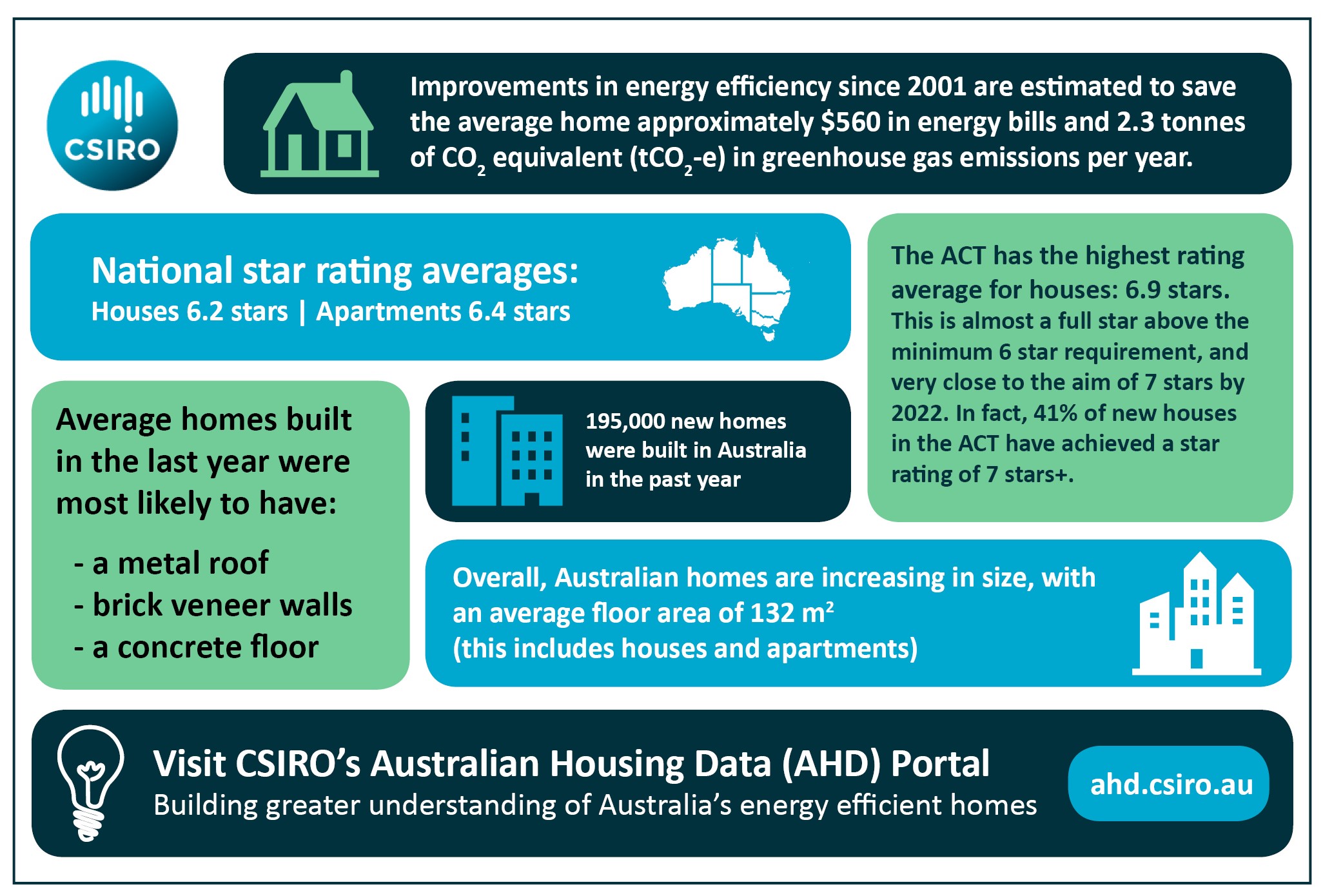 Planning the next wave of sustainable homes received a boost this month with CSIRO releasing a new data portal that tracks energy efficiency progress across Australia.

With about 11.4 per cent of our national emissions attributed to households, and construction continuing at a steady pace, it’s never been more important to keep an eye on our energy efficiency efforts.

This week we’ve launched the Australian Housing Data (AHD) Portal to do just that and the truth about our progress is ‘all in the data’. The Portal can pinpoint where energy efficiency efforts are on track, and where they may need increased focus.

“In order to meet national challenges of sustainable energy and resilient cities, it’s vital that we track progress. As an independent research agency driving innovation in energy, particularly residential energy rating, CSIRO is well placed to do this,” Stephen says.

The AHD Portal shows that the average newly-constructed home has an energy rating of 6.2 stars which is a significant increase above the estimated 1.8 rating for an average home when star ratings were introduced in 2001.  This improvement translates to an annual saving of approximately $560 in energy bills and 2.3 tonnes of CO2 equivalent (tCO2-e) in greenhouse emissions per house.

The Portal contains data across states and climate zones and can be further broken down by design (e.g. dwelling class and floor area), construction (e.g. type of walls and roofing) and fixtures and appliances (e.g. solar PV and heating/cooling systems). CSIRO will update dashboards in the Portal each month to ensure it is a relevant and accessible tool for the benefit of residents and energy efficiency stakeholders nationally.

About 195,000 new homes were built in Australia in the past year. Overall houses are increasing in size, with an average floor area of 132 m2 (this includes houses and apartments). Average new dwellings were most likely to have a metal roof, brick veneer walls, and a concrete floor 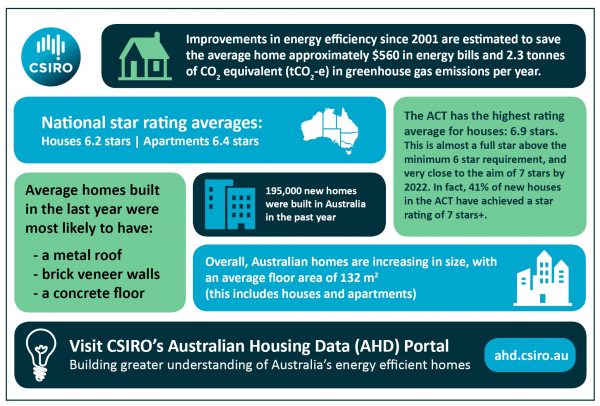 Across the nation, there has been steady progress in building high-performance homes, and the ACT is leading the way followed by Tasmania.

Energy star ratings for homes were introduced in 2001. It’s a scale of 1-10 stars, describing the ‘thermal performance’ of a home – that is, how much heating or cooling is required to make it comfortable.

Star ratings are based on information about the home’s design, construction materials and where it’s built. For example, if your home capitalises on local breezes and is positioned to maximise the sun’s path, it may have a higher star rating. A traditional breezy ‘Queenslander’-style home built in a cooler climate may be rated lower. It’s all about staying comfortable and using less energy during temperature extremes.

“Tracking these changes in energy efficiency is an important step to ensure emissions goals are met, while seeing where more attention is needed across the industry,” says Stephen White

The AHD Portal will be an important tool in tracking and supporting the progress of the national plan agreed by COAG Energy Ministers that sets a trajectory towards zero energy (and carbon) homes in Australia. 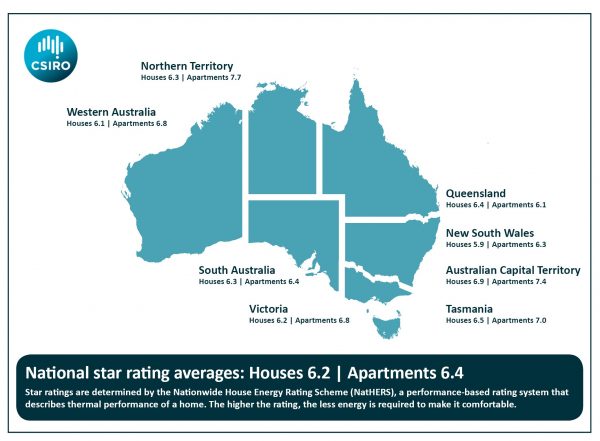 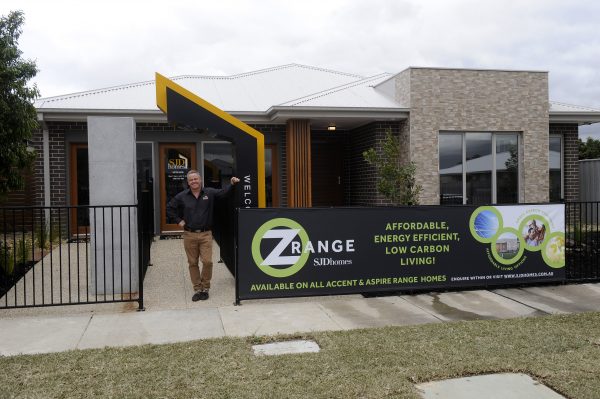 CSIRO research helped create the net zero energy homes of the future launched in Timbertop near Melbourne in 2018.