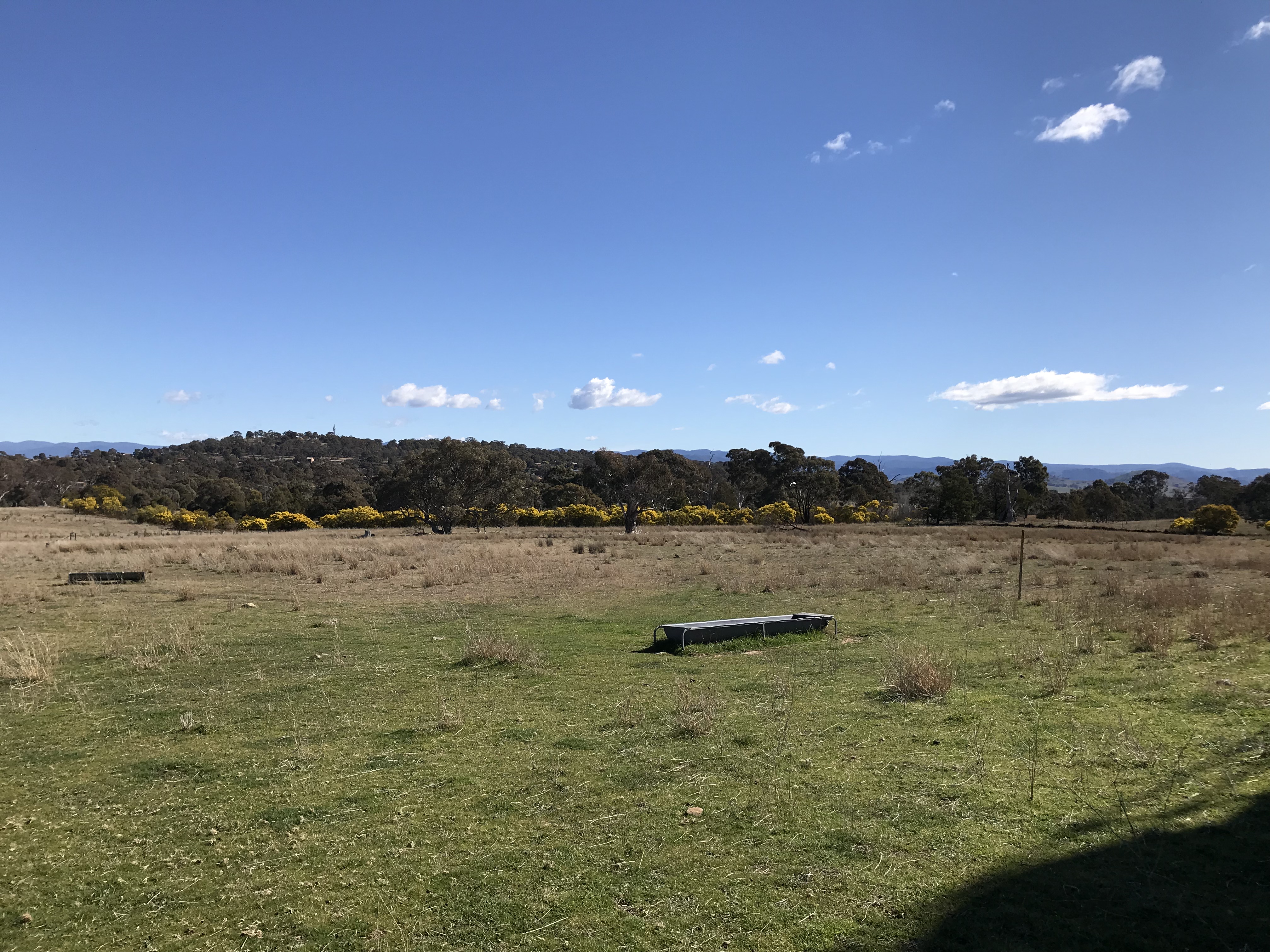 In line with most of the Canberra region, CSIRO Ginninderra experienced one of the driest winters on record with just 51.2 mm of rainfall recorded between June and August at the CSIRO Ginninderra weather station.

Winter rainfall hasn’t been so low at Ginninderra since we established automated records from the site in 1993-1994. Average winter rainfall at Ginninderra in the years since 1994 has been 174 mm while in one standout year – 1998 – a massive 544 mm fell across the three winter months.

Despite the dry winter, a range of crop trials are proceeding and we’re pleased to report that the shrubs from the community tree plantings of 2017 and 2018 are predominantly alive and growing well. The wattles have been in bloom adding a golden tinge to areas of the site.

The recorded rainfall for 2019 and recent years is consistent with a trend, reported by CSIRO and the BOM in the State of the Climate 2018. The report found a decline of around 11 per cent in April–October rainfall in the southeast of Australia since the late 1990s.

With further decreases in rainfall, and more hot days and heat waves predicted under climate change, CSIRO is investing research effort into making our cities and urban landscapes more resilient.

At Ginninderra we’ve been working with the Ginninderra Catchment Group and community volunteers to restore a shrub layer into the Box Gum Woodlands. Apart from strengthening these endangered communities and bringing back native birdlife, this is providing shade and heat buffering for nearby urban developments.

We were delighted to be able to host members of the Catchment Group onto CSIRO Ginninderra in September and visit various points of ecological and archaeological interest as well as the sites of projects that we are working on together.

In this update we are pleased to report on another exciting project  –  a collaboration with the ACT Government to bolster Blakely’s Red Gums and help our city and the Box Gum Woodlands adapt to the changing climate. CSIRO Ginninderra is one of several sites for trials to study how these Red Gums, sourced from different locations, will grow and mature under a changing climate and resist dieback.