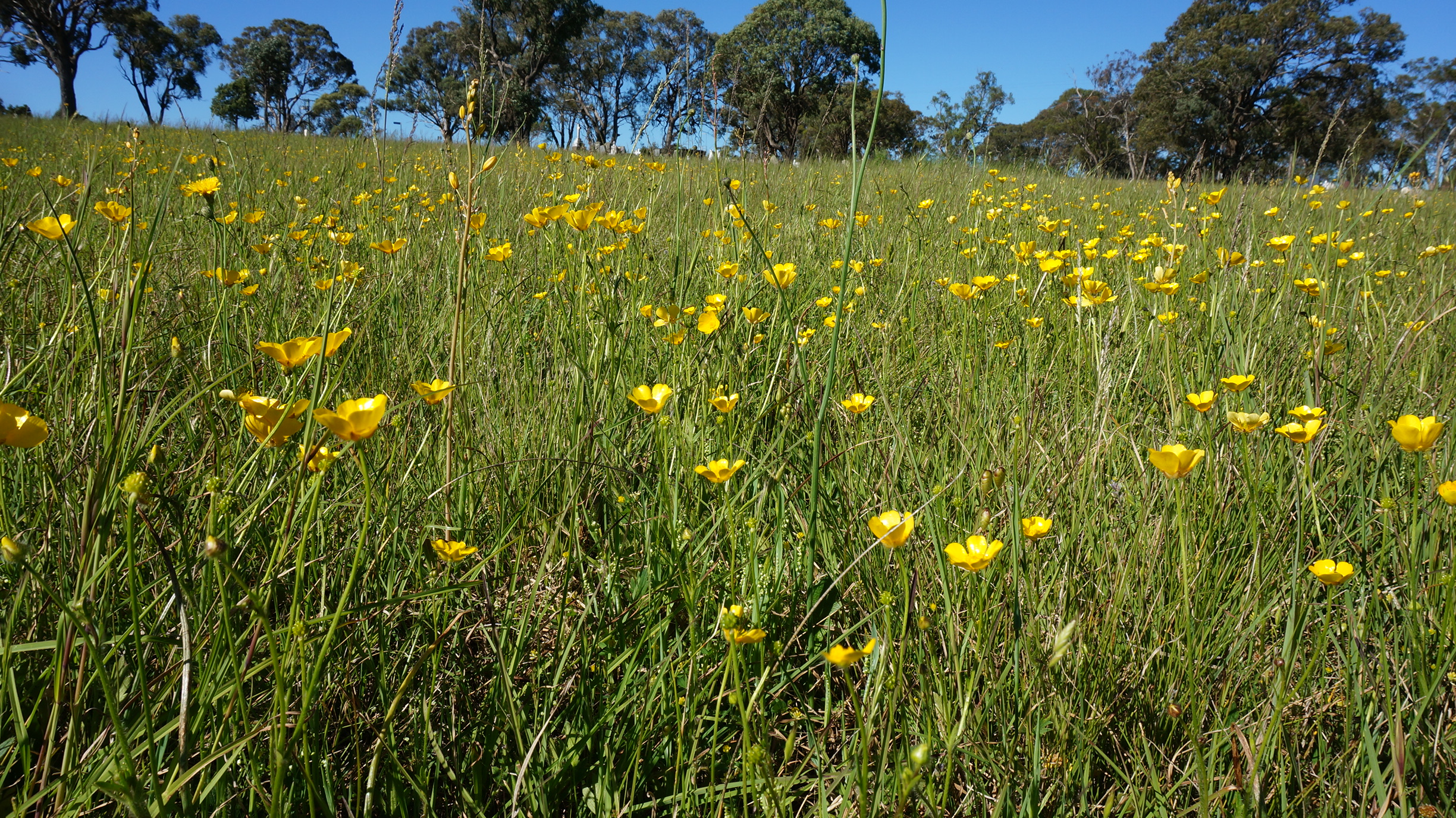 Protecting and restoring our woodlands 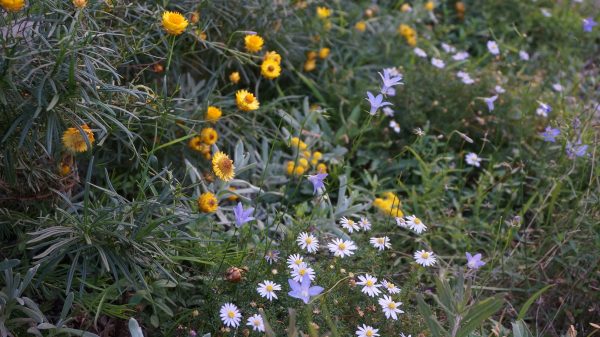 If you walk across the northern end of the Ginninderra Field Station in spring and spot an array of yellow and purple wildflowers with gum trees towering overhead, you have come across an area of Box-Gum Grassy Woodlands. 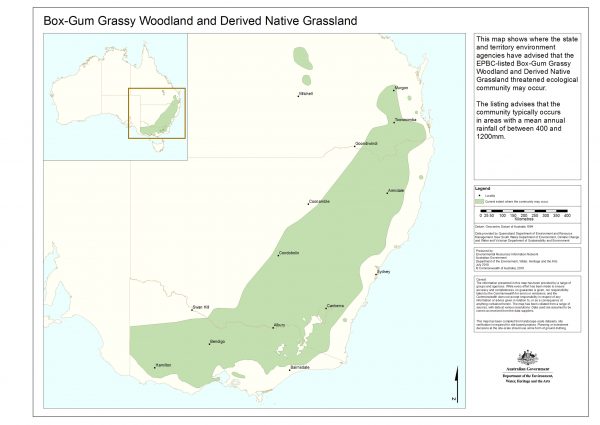 The Box-Gum Grassy Woodlands have been in decline since the 1800s due to grazing from sheep and cattle. They were cleared to make way for agriculture, rural and urban developments.

Existing woodlands and grasslands are now protected under both national and state legislation, to guard against further degradation of these unique ecological systems.

The woodlands are typically made up of three layers: the overstory, which in the ACT consists of Yellow Box, Apple Box and Blakely’s Red gum trees; a patchy shrub layer; and a ground layer of native grasses and wildflowers. However, where the trees have been removed and just the ground layer remains, they are then described as ‘derived native grasslands.’

It’s this ground layer that’s critical to the ecology, according to CSIRO ecologist Jacqui Stol.

“When you look at the landscape most people only notice the trees, but the diversity is mostly in the ground layer. Typically, there can be up to 60 species of native wildflowers, orchids, lilies and a diverse range of amazing local plants at a very high quality site,” she said.

At Ginninderra, studies so far indicate there are approximately 114 hectares of Box-Gum Grassy Woodlands on the site of varying quality, including areas where trees have been cleared (derived native grassland). This includes 34 hectares of treed areas in high condition, mostly in the less-developed, northern end of the site, as well as 44 hectares of low quality grassland.

The woodlands at Ginninderra don’t exist in isolation, and are part of a broader ecological system. They link to other nearby woodland areas such as at Mulligan’s Flat, Goorooyarroo, Hall and north-west of Casey and Moncrieff.

“The way we think about how we conserve these sites is within a big landscape matrix,” said Jacqui.

“Ginninderra is part of that bigger picture, and a really important part of the landscape, and how the whole ecology functions.”

How to manage, protect and rehabilitate the patches of Box-Gum Grassy Woodlands is an important consideration in Ginninderra’s potential as a site for future sustainable urban development.

A team of CSIRO ecologists from across Australia met in November 2015 to investigate the site and discuss plans for the protection and improvement of the native ecology. They will continue to be involved in the discussions regarding Ginninderra and are well placed to apply best practice in ecological management.

The team hopes local conservation groups and future residents will be able to contribute to maintaining and improving these woodlands.

CSIRO’s significant expertise in Box-Gum Grassy Woodlands is on display in a comprehensive guide (linked below) for land managers that was recently published by Jacqui Stol and Suzanne Prober.

Measures such as reintroducing tree and shrub species where they’ve been removed could be implemented to help restore the Ginninderra woodlands.

The reintroduction of ground layer species to areas currently of low quality could return those bright purple and yellow wildflowers to more parts of the Ginninderra landscape.

If you’d like to learn more about the protection and management of the box gum grassy woodlands, download the guide:
Jewels in the Landscape: Managing very high conservation value ground-layers in Box-Gum Grassy Woodlands
By Jacqui Stol and Suzanne Prober
Click here to download the guide from the CSIRO Publications Repository