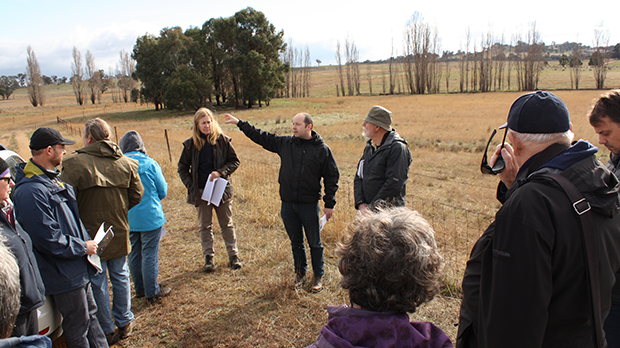 The conservation conversation was front and centre as members and experts from ACT environmental groups visited CSIRO’s Ginninderra Property on 6 June.

The question of: “How can we conserve and restore important environmental features within and beyond the boundaries of a proposed future urban development?” was top of mind as the group visited nine key sites across the property.

CSIRO researchers and expert consultants explained the findings of ecological surveys and their interpretation of key environmental features on the site, while also seeking initial advice and ideas from participants who included members from the Conservation Council ACT Region and its Biodiversity Working Group, Friends of Grasslands and the Ginninderra Catchment Group. 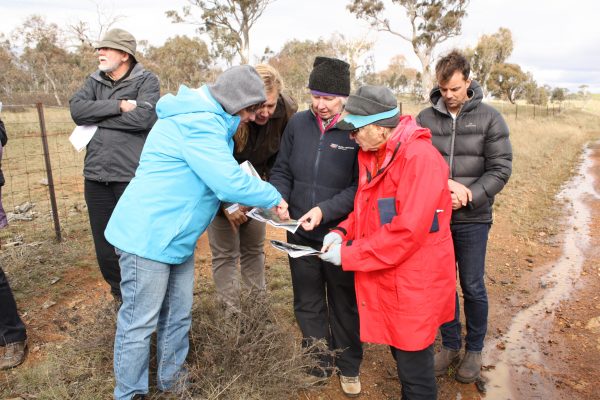 Studying the map during the site tour.

Throughout the tour, participants studied maps of the Ginninderra property showing CSIRO’s initial assessment of developable land (360.8 ha or 51% of the site), potential developable areas under review (129.4 ha, 18%), areas primarily protected by current legislation (130.9 ha, 19%) as well as additional areas CSIRO has set aside to protect conservation and heritage values (80.5 ha, 12%).

Some of the key features for mandatory protection are:

Other areas or features earmarked by CSIRO for protection include:

Some important questions raised on the site visit included the need to define the boundaries for conservation areas and clarify the buffer and transition zones between areas under development and those under conservation. Road access within and to the site will also be an important factor in realising conservation goals.

Establishing sound principles for conservation and development from the outset was seen to be an essential ingredient for success.

So, coming back to the question: “How can such conservation and even restoration be successful in close proximity to an urban development?’” Based on early advice from conservation experts – it won’t happen by accident – but rather through diligent assessments, and applying clear principles and careful planning and implementation.

CSIRO is keen to do exactly that and to develop principles and plans with experts and the broader community through a participatory planning process.

The next steps are to further develop these conservation principles with the same groups through a workshop in late June and to follow that up with some broader community engagement in July.

The environmental principles and plans will then form part of the briefs for the eventual joint venture development partners selected by CSIRO. 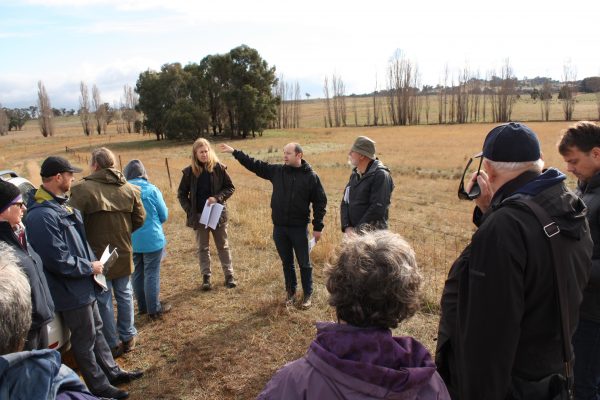 Rob Armstrong, Senior Ecologist with Umwelt, talks about an area where threatened species protection would apply. 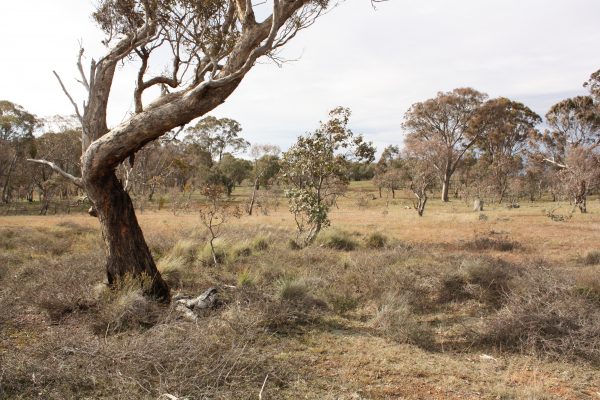 High value Grassy Box Gum Woodlands on the north of the site.