As an organisation, CSIRO continues to invest in capabilities and infrastructure in Canberra. In late 2017, CSIRO officially opened a new $100m Synergy research facility at the Black Mountain site as a key part of its bolstered presence in the national capital. 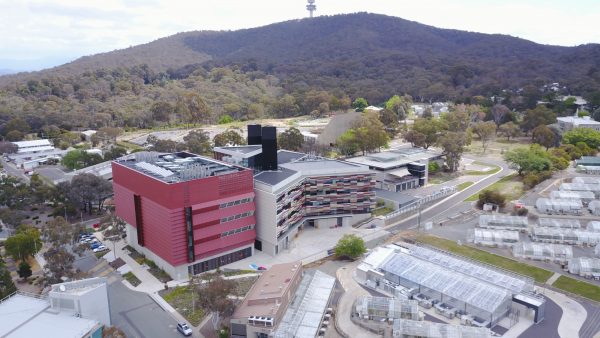 At Synergy, CSIRO has now assembled research capability from across many fields of science to tackle some of the greatest challenges facing Australia and the world.

Our researchers from the digital powerhouse Data61 have joined scientists from Agriculture and Food, Land and Water, Health and Biosecurity and Oceans and Atmosphere to work on solutions for climate change, future food production, big data and the multifaceted needs of our future cities and environment.

CSIRO’s investment in Black Mountain is a key milestone in establishing the $190 million National Agricultural and Environmental Sciences Precinct, a collaboration between CSIRO, Australian National University and various other allied partners.