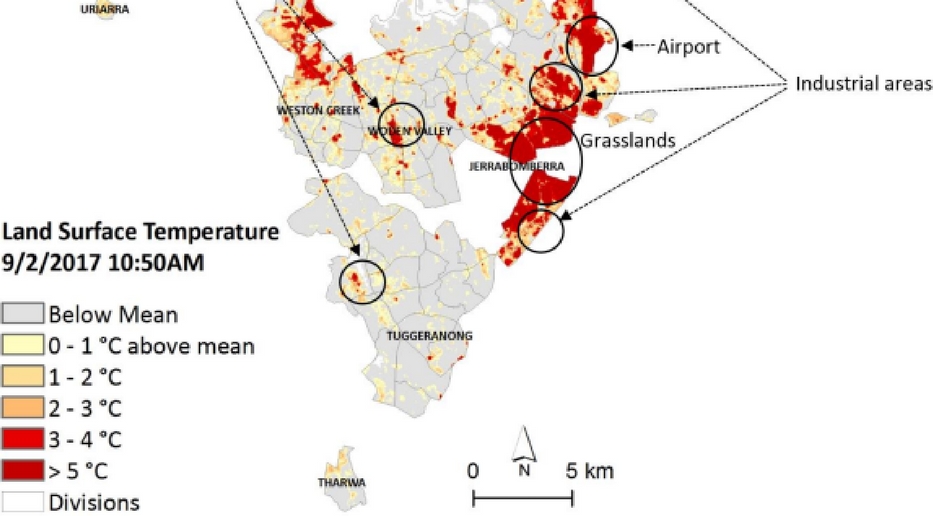 Strategies for turning down the heat

Cities of the future will be designed and adapted to buffer the extremes of the Australian climate. A CSIRO report sheds light on Canberra’s current urban surface heat patterns and some of the strategies that will be needed to help our cities adapt to future climate change.

As Canberra gets warmer and experiences more frequent and longer heatwaves, it’s never been more important to find ways of cooling our city. This is particularly so for vulnerable members of our community whose health can suffer when they are exposed to high temperatures.

To assist in planning to adapt Canberra to a changing climate, the ACT Government engaged CSIRO to map patterns of current surface urban heat across the city and to identify strategies that can provide cooling benefits. The report: Mapping Surface Urban Heat in Canberra was released by the Minister for Climate Change and Sustainability, Shane Rattenbury MLA on 28 February. 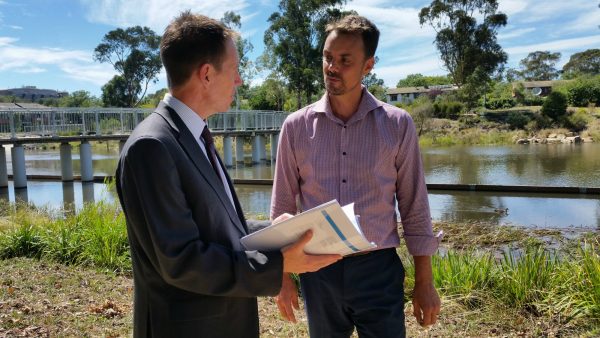 The report identifies places that are hot in summer and helps to explain why some parts of Canberra are hotter than others, according to lead author and environmental analyst with CSIRO Land and Water, Jacqui Meyers.

Above: A well-established leafy suburb has a cooler land surface temperature than a new residential area.

“Warmer areas were found in commercial, industrial and new residential areas that have large expanses of roads, paving and roofs and few trees or green vegetation. Cooler areas were characterised by green irrigated vegetation, more tree cover, were near lakes, or were shaded by buildings or topography,” says Jacqui. 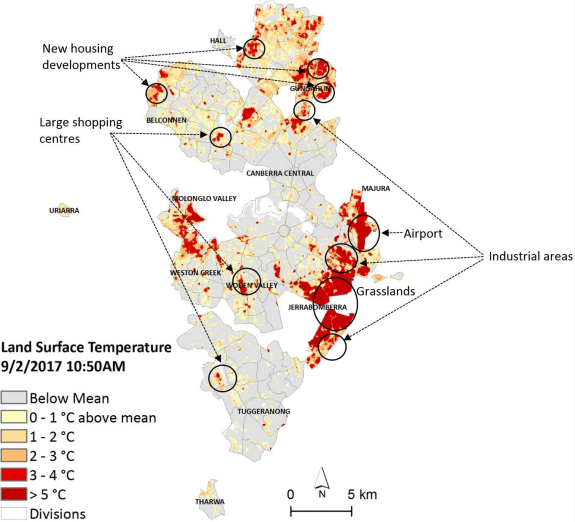 Above: Canberra hot spots defined as those areas above the mean land surface temperature of 35 °C.

Keeping our cool in Canberra and Ginninderra

The report provides information that will help with strategies and priorities for addressing urban heat in Canberra, including a range of actions that could be followed up in existing areas and work programs as well as opportunities to trial new approaches and innovations.

“Urban heat can be reduced through a mix of strategies and technologies that focus on urban design and the strategic use of vegetation, water and ‘cool’ materials that reflect sunlight and heat,” says Jacqui.

“At a greenfield site like Ginninderra, it will be important that vegetation and built structures are used to provide adequate shade, urban design is used to channel breezes along streets and in public spaces, and water is retained in the landscape through irrigation, lakes, and ponds.”

“Using cool building materials, or applying surface coatings, that absorb and retain less heat is also an important strategy to reduce the surface temperatures of buildings and pavements.”

2 responses to “Strategies for turning down the heat”