Taking on the liveability challenge

Canberra is one of the best places to live in the world.  Our beautiful open spaces, incredible sense of community and cosmopolitan lifestyle – without the traffic congestion typical in most cities – has now been recognised on a national and international level.

In March 2014 Canberra was ranked number one in the OECD Regional Well-Being Report, scoring highly in eight of the nine indicators including safety, access to services, civic engagement, education, jobs, environment, income and health.

Since then Canberra has continued to perform well in global assessments of liveability, ranking number 28 on the Worldwide Quality of Living survey in February 2016. While this is an achievement to be celebrated, can we actually improve on this?

Shaping and improving our future cities and their liveability is the focus of a range of CSIRO research. Achieving such improvements in liveability is also a key aspiration for our Ginninderra project.

There are also aesthetic and environmental elements that contribute to liveability, for example features such as: air and water quality, environmental outlook and setting, and even native plant and animal presence.

“So in every city we see this trade-off between benefits such as: access to employment, health and entertainment opportunities and services; and the negative consequences of urban growth such as: housing costs, overcrowding, congestion and environmental degradation.”

“Increases in travel-to-work time and declining access to affordable housing can be negative impacts of urban growth when it is not well planned and executed.”

Rod and colleagues Professors Rosemary Leonard and Greg Foliente recently conducted a Survey of Community Wellbeing and Responding to Change across six local government areas in Melbourne. The survey was prompted by Melbourne’s current challenge of managing urban growth while maintaining quality of life and promoting community wellbeing. 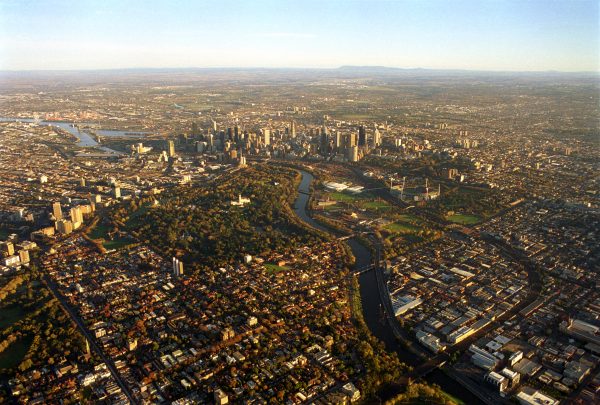 While focussed on Melbourne, the research highlights the importance of community resilience and adaptability to successfully maintaining liveability and wellbeing amid urban growth and change.

“The planning and engagement of a community in urban growth and having a shared sense that ‘this is our place and we are growing it together’ are vitally important,” Rosemary says.

It is still early days at Ginninderra, with many opportunities for the thoughts and ideas of the local community to be heard and included through the planning process.

A participatory process that nurtures the liveability needs of future residents as well as those of people living in the area now, will help to produce a good outcome.