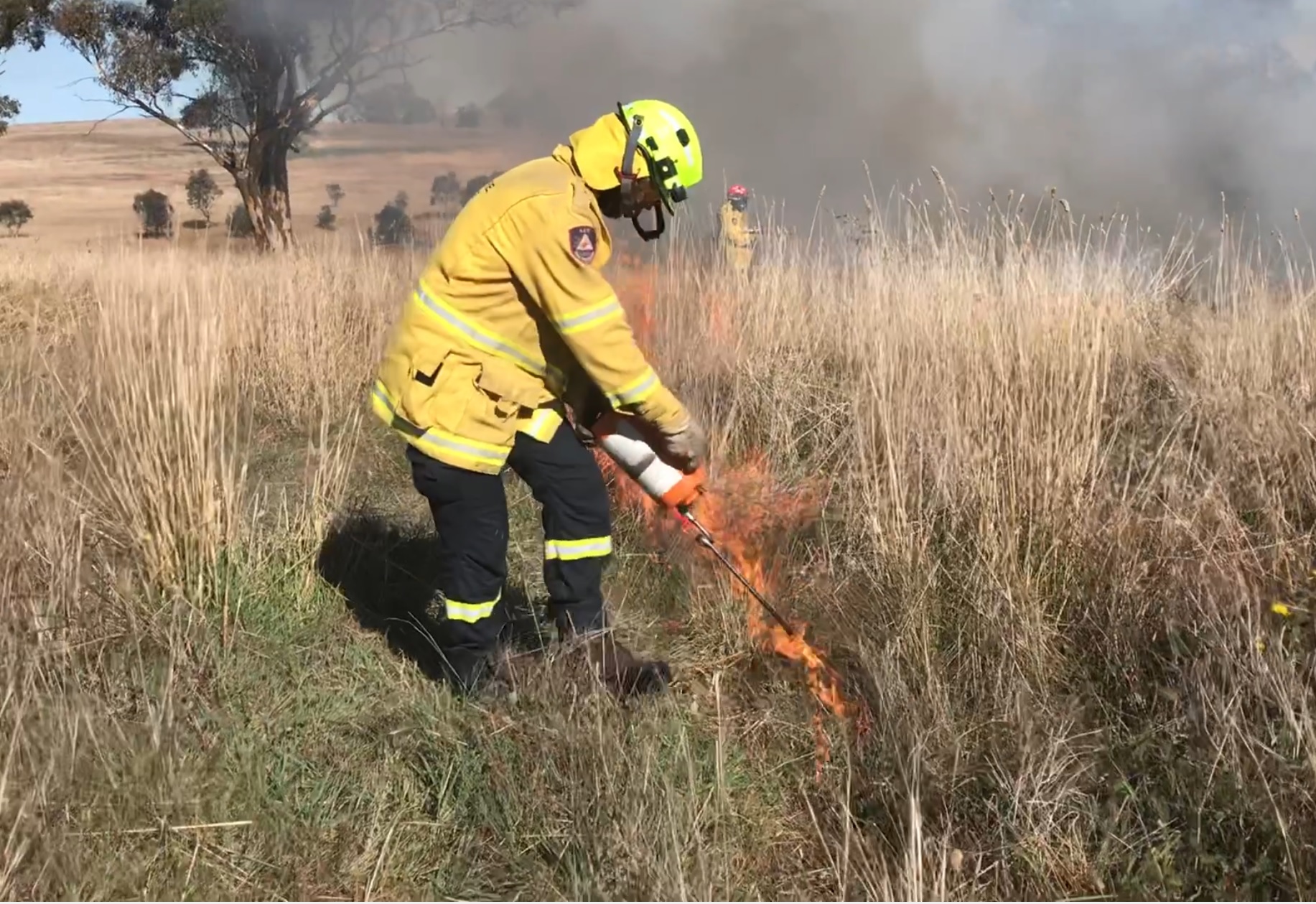 Our scientists and the Ginninderra Catchment Group are one step closer to answering the question of ‘how can we best restore our native grasslands?’ after recent autumn ecological burns at CSIRO Ginninderra.

On first impression, burning of the native grasslands seems like a destructive process, as the visible grass is rapidly reduced to black ash and stubble beneath the flames and smoke.

However, the latest science, and evidence of past Indigenous land practice, point to quite the opposite, according to Ginninderra Catchment Group (GCG) Acting Chairman and CSIRO Honorary Fellow, Ken Hodgkinson.

“Our science confirms that burning, particularly in the cooler autumn months is having a regenerative effect on the native species in the grasslands,” says Ken.  “There are native species being stimulated by heat and or smoke to germinate from seed in the soil, that are not found in mown or control treatments.”

The recent autumn burns are the third undertaken since 2016, across 13 sites in the Ginninderra catchment including five at CSIRO Ginninderra. Other sites are on private and ACT  land. The Ginninderra Catchment Group is leading the project, working closely with CSIRO scientists, and engaging ACT Rural Fire Service (RFS) volunteer crews to carry out the burns.

Across the trial sites there are grasslands of varying qualities including in the richness of native species and the encroachment of introduced species, according to Ken. “There are some grasslands that won’t respond to fire and there are others that respond very positively. So we’re very interested in that critical threshold: when is it worthwhile burning and when is it not?”

To help answer these questions, each site is testing the relative contribution to grassland restoration of four treatments:  burnt every two years, burnt every four years, mown six times per year and ‘a do nothing’ or control approach.

“We’re halfway through this project, so it’s an important stage,” says Ken. “We’ll come back next year  and measure the response of the plant species that are in each of the plots”.

One thing that Ken and the team will be measuring this year is the response of species like Yam Daisy (Microseris lanceolata), Nodding Chocolate Lily (Dichopogon fimbriatus), Bulbine Lily (Bulbine bulbosa), Billy Buttons (Craspedia globosa)and Common Everlasting Yellow Buttons (Chrysocephalum apiculatum). A volunteer team led by Ken and the GCG planted a total of 2600 of these five native species in a grid pattern across each of the trial sites and treatments in 2016, including 1000 plants at the CSIRO sites.

CSIRO ecologist Jacqui Stol who was overseeing the burns at the CSIRO plots, recognised the great results through collaboration.

“It’s fantastic to get the right conditions for a successful burn after recent dry years and it has gone tremendously well,” Jacqui says.  “A big thanks to the ACT RFS crews, especially the Hall crew at Ginninderra, who ensured each plot was burnt just as we needed even though two non-native grass plots were still relatively green”.

“Thanks to the great collaboration with the GCG and the RFS we expect to be able to come back in Spring and see some more of those beautiful native wildflowers and grasses coming through and helping to restore these grasslands that are a part of a critically endangered ecological community.” 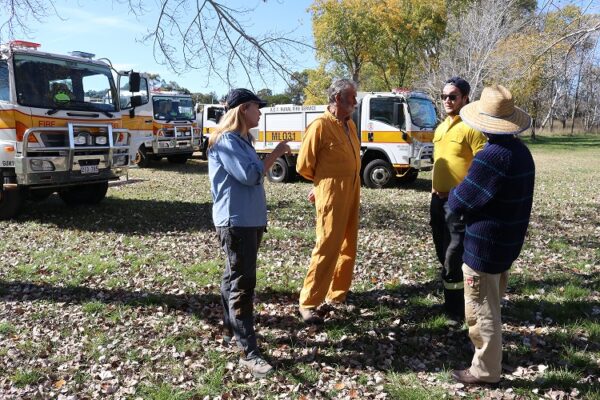 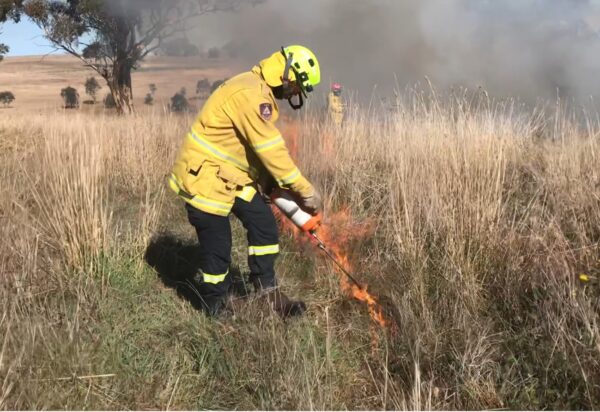 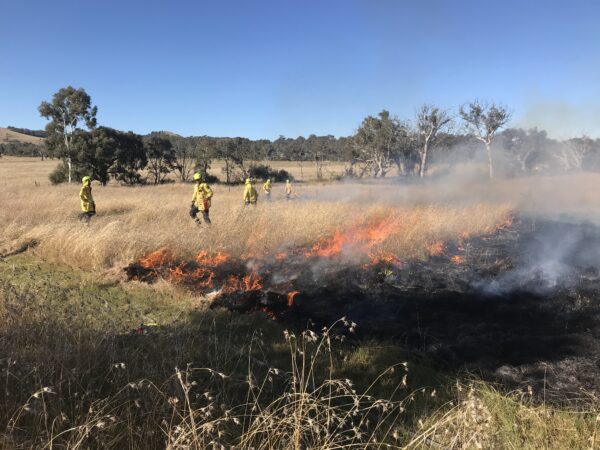 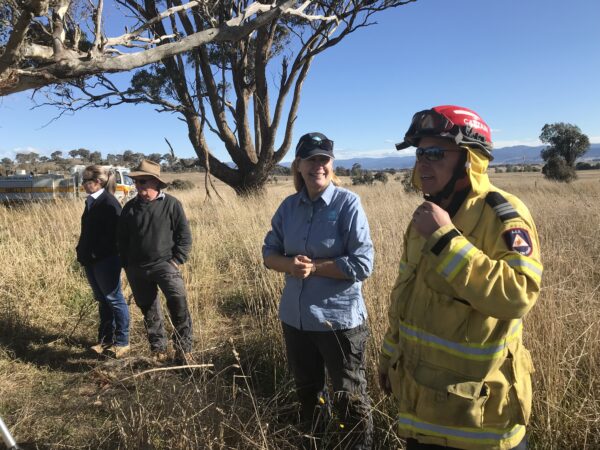