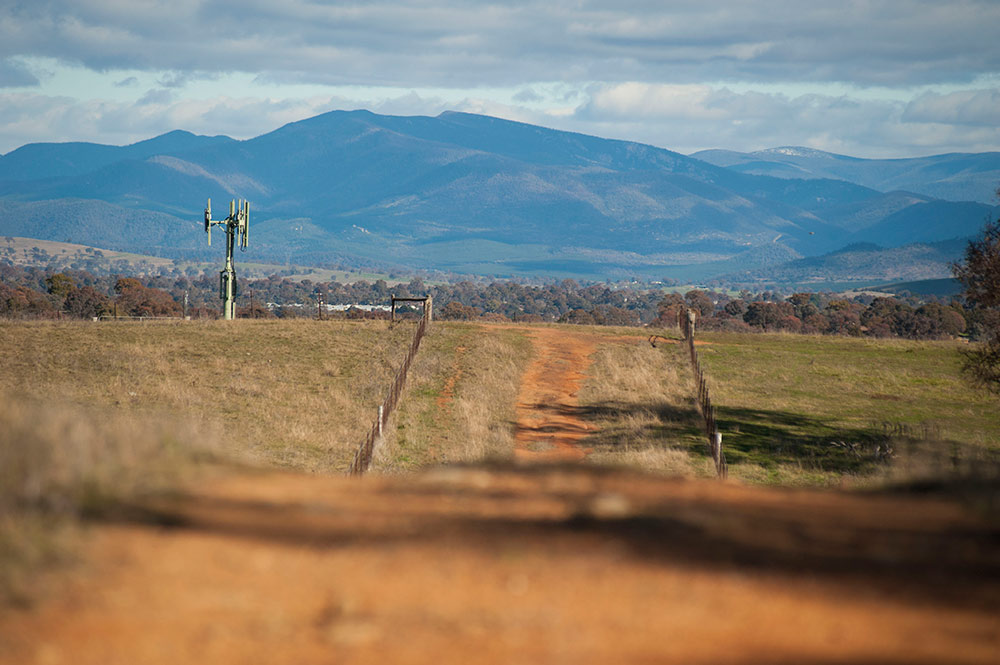 Topography of Ginninderra and surrounds

The National Capital Plan (NCP) sets out the broad planning principles and policies for Canberra and the Territory, and ensures that they are planned and developed in accordance with their national significance.

One of the NCP’s objectives is to protect the undeveloped hill tops and open spaces which divide and give form to Canberra’s urban areas. People within the community have commented that changes at Ginninderra may put the protection of the hill tops at risk.

Looking at the Ginninderra site in the context of its surroundings, however, we don’t view future urban use as contrary to the National Capital Plan’s objective to protect the undeveloped hill tops. This is because of a number of topographical features.

The site’s topography is an important factor in determining water corridors (flood zones) and visual aspects that can be enhanced with vegetation and link visually to surrounding areas.

When set among the surrounding high points of Mount Rogers Reserve and Harcourt Hill, the site has a relatively low level of elevation with no significant ridgelines. You can see this in the map above.

There are however some higher parts on the site which provide views of different parts of Canberra. At an elevation of 70m across the site, the highest point is located at the northern end of the site (Block 1609). This high point provides views northwest towards rural lots of NSW.

The second highest point is located just to the south of Kuringa Drive (Block 1545). From this point you can see extensive views to the southeast of Canberra, including Black Mountain, Mt Majura and Mt Ainslie. Halls Creek and Ginninderra Creek provide the low points within the site.

These inherent environmental features will shape future development at Ginninderra. Based on studies so far, we have already identified approximately 150 hectares of the land to be kept aside for ecological values and open space.

See more site features on the Draft Concept Plan below.

2 responses to “Topography of Ginninderra and surrounds”