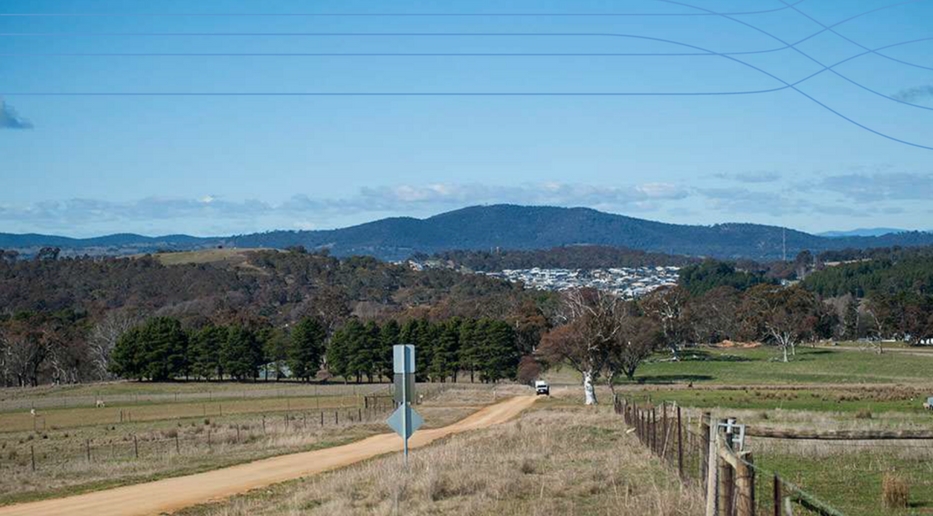 Understanding community wellbeing and the prevailing attitudes to urban growth and development, are two vital ingredients in planning for an exemplar urban estate of the future.

To support this goal for Ginninderra, CSIRO is carrying out research that will underpin a more liveable, sustainable and resilient urban development. One aspect of this research involves benchmarking current levels of community wellbeing and responses to urban growth in suburbs adjacent to the Ginninderra site.

This benchmarking was the main aim of a survey of over 700 randomly selected residents comparing Canberran suburbs adjacent to the Ginninderra site with the rest of Canberra. The survey results are captured in Dr Rod McCrea’s report: ‘Community wellbeing and responses to urban growth’, which is now available on the project website.

To summarise his findings, residents adjacent to the CSIRO site have good overall community wellbeing, especially with personal safety and the general environment (e.g., air quality and level of noise). The appearance of these suburbs was also pleasing (e.g., parks and walkways) and they were generally satisfied with the provision of local services and facilities.  However, there was less satisfaction with public transport options, and traffic was seen as becoming more of a problem in their district.

While social aspects of community wellbeing were generally rated favourably – like community inclusion, spirit, trust and social interaction – community participation in local activities was not perceived to be as high.  The lowest aspect of community wellbeing was citizen voice, which included low levels of trust in private developers and not feeling involved in their decisions.

Overall, they did not feel their local area was coping or adapting to urban growth very well and while their attitudes and feelings toward urban growth were still positive on average, they were generally lower than other districts in Canberra.

“There are many positives from urban growth if it’s done well. We need to prepare our cities to be able to adapt well to change” Dr McCrea said.

Some unique aspects of Ginninderra are exciting prospects for the surrounding community. ‘Smart working hubs’ and extensive environmental considerations are just two endeavours expected to change how we interact in our future suburbs. Baseline research from CSIRO also shows the great opportunity for Ginninderra to engage positively with the community.

The survey data showed awareness of new developments around Canberra was strong:

Do you know of any new or proposed urban developments near where you live? (Yes/No)

When asked about future research possibilities, Dr McCrea added, “The longer-term aim is to repeat and monitor how well we are performing. We now have a baseline measure for the Ginninderra Project to see how future development is perceived.”

As part of our initiative to explore science, technologies and innovations which deliver more liveable, sustainable and resilient urban growth, we plan to monitor community wellbeing, resilience, adaptation, and attitudes about urban growth as the Ginninderra site develops, as well as in the surrounding suburbs.

We would like to thank the survey participants Canberra-wide and the many individuals and groups who have attended the consultation sessions and who continue to provide feedback on the project.

We welcome feedback from everyone, and value the views of residents who live in suburbs adjacent to the site, and will continue to engage with all key stakeholders into the future.