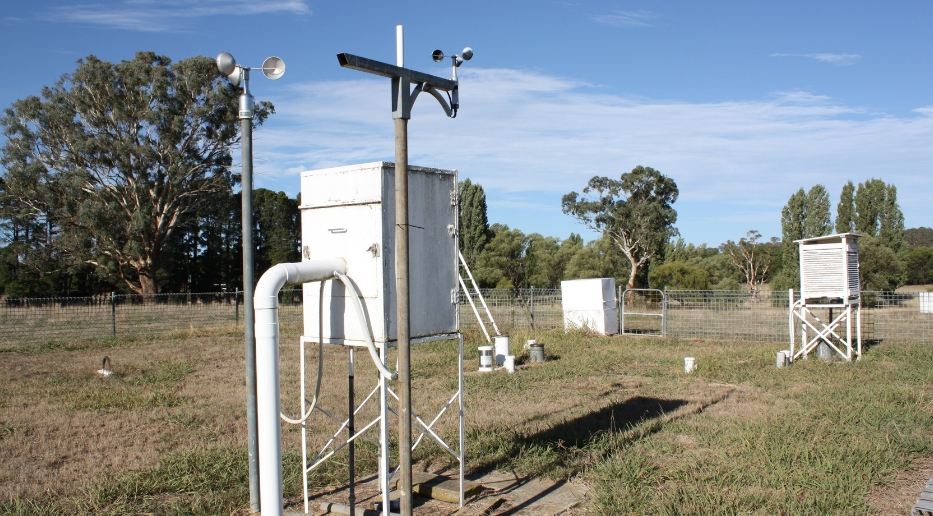 The same Ginninderra weather station that supported decades of crop breeding, also tracked our recent extreme temperatures in Canberra, and is helping us to plan for future extreme events and our changing climate.

CSIRO Ginninderra, like Canberra and much of Australia, sweltered through a heatwave in January, with a record number of days topping 40°C.

The maximum temperatures recorded at the Ginninderra weather station were typically about one degree cooler than those reported for Canberra Airport, highlighting the differences that occur across cities and peri-urban areas.

CSIRO research on the surface urban heat patterns in Canberra, identified Canberra Airport as one of the hotter parts of Canberra due to the influence of surrounding native grassland, with few trees, and large expanses of hard impervious surfaces such as tarmac, carparks and paved areas.

In line with this research, the Bureau of Meteorology (BOM) reported a Canberra Airport high of 41.6°C on Wednesday 16 January, while the peak at the Ginninderra station was 40.4°C on the same day. While BOM reported 25 days with maximums above 30°C and five days topping 40°C for Canberra Airport in January, Ginninderra recorded 22 days above 30°C and 3 days above 40°C. 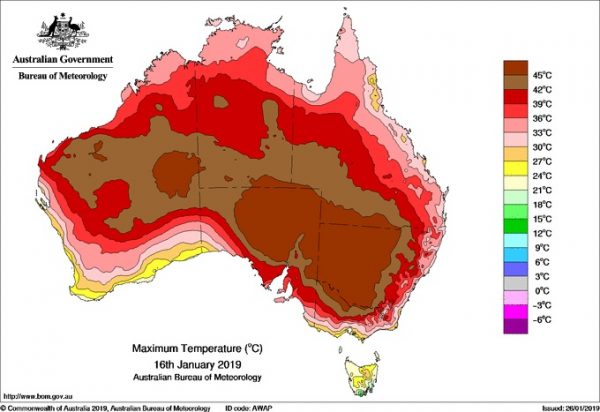 BOM temperature map shows the heatwave on 16 January when the maximum was 41.6 in Canberra and 40.4 at Ginninderra weather station.

Likewise, rainfall at Ginninderra for January was 49.8mm compared with the 61.2 mm recorded at the Airport. “Our rainfall readings frequently show significant variations from those at the airport,” according to CSIRO Engineer Neville Herrmann, who is responsible for maintaining the station’s equipment and software interface.

“Climate measurements at Ginninderra go back more than 50 years to the early years of CSIRO’s management,” Neville says. The maximum temperature recorded at Ginninderra since 1992 was 40.7°C on 18 January 2013, while the minimum was -6.1°C on 23 July 2018. “The station has been upgraded as new technology has become available. The instruments and electronics for the current data logging were installed in the 1980s with new equipment installed in 2008.”

Temperature and rainfall records have played an important role in CSIRO’s world-renowned breeding and development (at Ginninderra) of grain crops with characteristics such as frost, drought or disease tolerance.

The data from the weather station is stored in a CSIRO database and summarised data is available through an internal web page. Data is also available in formats suitable for input into crop and pasture models.

A pyranometer has measured ground-based solar radiation at the station for several decades. “A few companies have purchased this solar radiation data from us to help plan solar farms in the ACT region,” says Neville.

This ground-based data can be reconciled with satellite-sourced data from BOM to form a reliable picture of available solar radiation. Such information can be invaluable in urban planning and design, solar energy optimisation and the development of infrastructure to adapt to our changing climate. 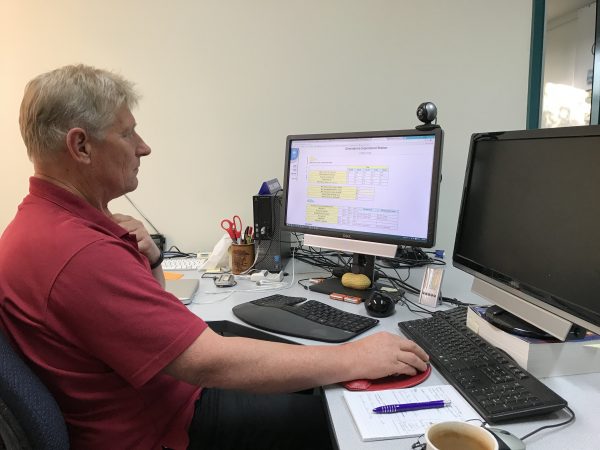 Neville Herrmann, CSIRO Engineer, studying data from the weather station (above) and checking the pyranometer (below) which measures ground-based solar radiation. 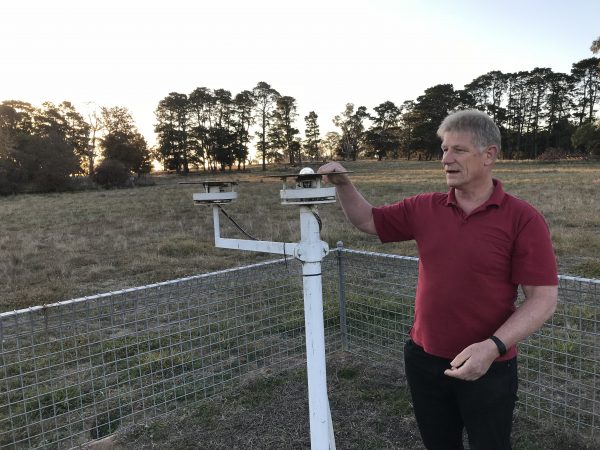 In the latest State of the Climate 2018 report, BOM and CSIRO paint a consistent picture of ongoing, long-term climate change interacting with underlying natural variability. The report indicates that changes associated with increases in the frequency and intensity of heat events, fire weather and drought will affect many Australians and as a nation, we will need to plan for and adapt to these changes.

CSIRO is working in partnership with governments, industry, and the community to help Australia better prepare for and respond to extreme events. By mobilising expertise in engineering, design, agriculture, digital technology, marine and atmospheric science, hydrology and social and economic research, CSIRO is delivering practical options and solutions on a wide range of fronts.